Italy’s Guardia di Finanza (GDF) finance police boarded and searched a Dutch Flag fishing vessel QUEST around 130 nautical miles southeast of Sicily after tracking the vessel from the air for two days, seizing over 10 tonnes of cannabis resin worth up to 20 million euros in a dramatic high-seas operation, arresting all nine crew members and confiscating the vessel on Thursday 7th June.
The GDF said that the drugs recovered from the boat were of a sufficiently high quality that it had a market value of between 15-20 million euros ($17.7 million-$23.6 million).
Italian Newspaper La Repubblica said that the ringleader was a Maltese man, who it named as David Bonello. The Italian news outlet had initially said three of the nine arrested were Maltese, only to revise that as more information surfaced.
Italian media said the boat had set sail from Malta and had picked up the drugs after a rendezvous with dealers off the coast of Morocco and Algeria. La Repubblica newspaper said that criminals in Libya had overseen the operation.
The vessel was captained by a Romanian, with Mr Bonello allegedly its second-in-command and trafficking ringleader, according to La Repubblica newspaper.
Two Egyptians, two Ukrainians, one Dutchman, a Croatian and an Italian made up the rest of the crew, the news outlet said. The latter previously served as an officer in Italy’s prison system before being kicked out after being suspected of robbery.
Below images of QUEST arrested at Catania, Sicily after she was escorted by GDF Vessels – 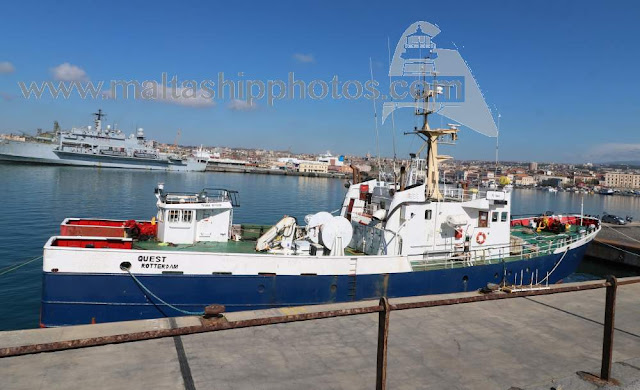 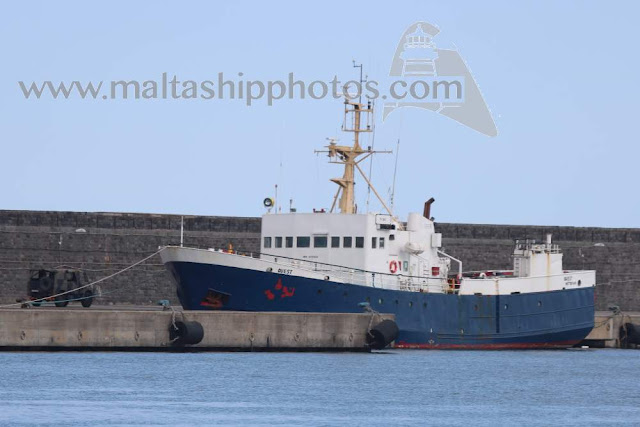 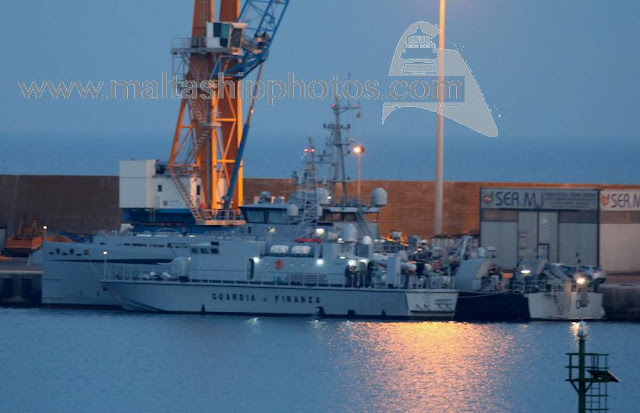 Vessel entered Valletta, Malta on Sunday 18th March as SEA VIEW berthing at Church Wharf alongside other vessels (seen below) – 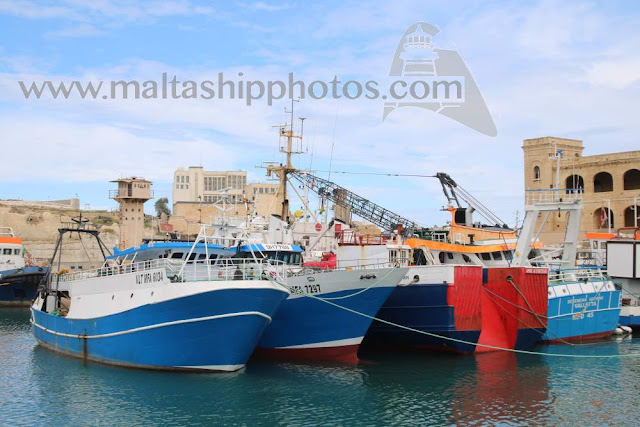 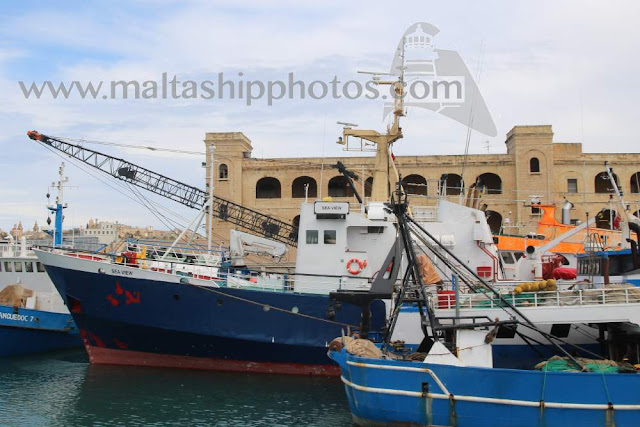 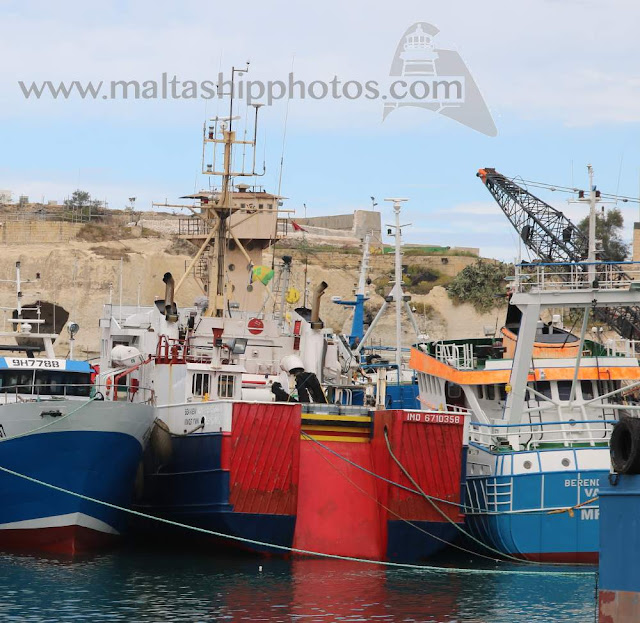 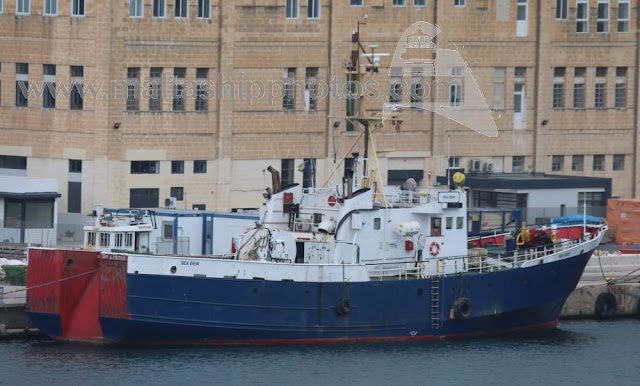 And she left Valletta as QUEST on Tuesday 22nd May 2018 taking a pilot at 1906 hrs stating her next port of call is Bizerte, Tunisia. 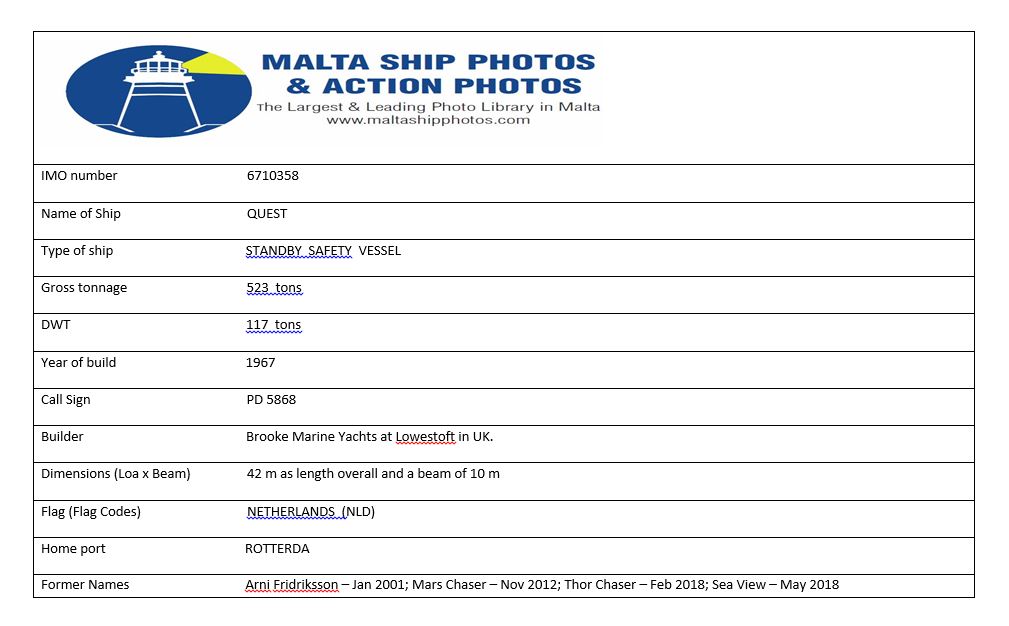