The Dutch registered recreational ship but used as NGO Rescue Ship LIFELINE entered Grand Harbour, Malta on Wednesday evening, bringing to an end a saga which had more than 200 migrants stranded at sea for six days.


Permission for the ship to berth at Boiler Wharf in Senglea was given after 8 European Union member states agreed to jointly distribute the 234 migrants aboard amongst themselves, Prime Minister Joseph Muscat said.
LIFELINE  has been stranded at sea for the past six days, with both Italy and Malta saying her captain violated international law and refusing to allow her entry to any harbour. 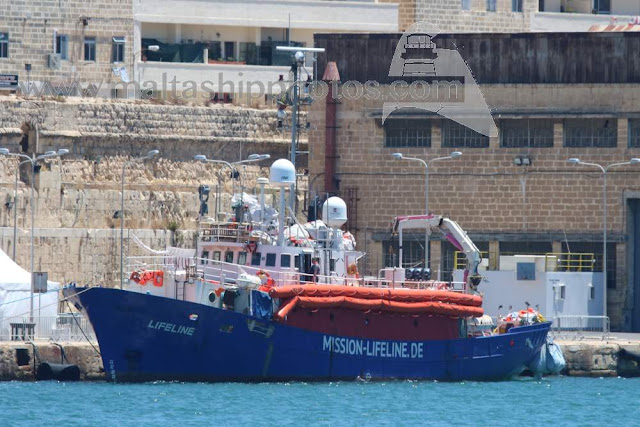 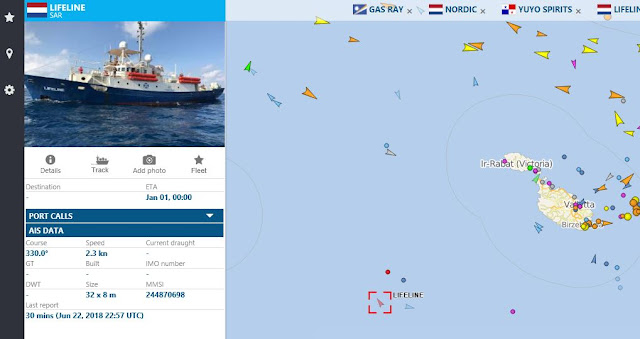 Below is LIFELINE position around 17.8 nautical miles on Wednesday 27th June at 1300 hrs after she was granted shelter from rough weather – 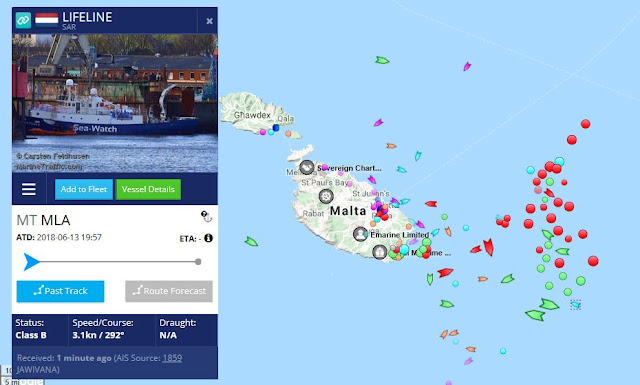 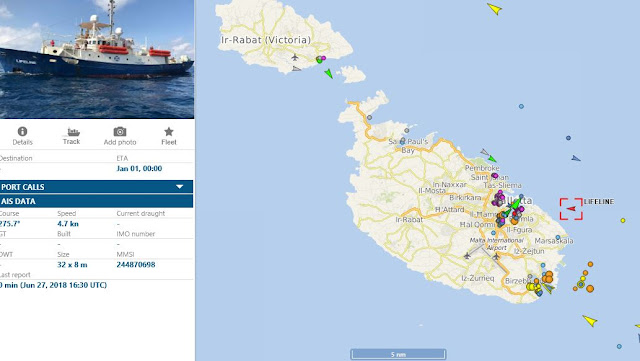 1856 hrs – VTS issued Maritime Safety Warning that due to LIFELINE move all inbound/outbound ship movements are suspended until further notice.
1910 hrs – ER 2 to P 23 – She will assist LIFELINE too one on port and one on starboard of which P 23 was the lead with LIFELINE in the middle followed by ER 2. 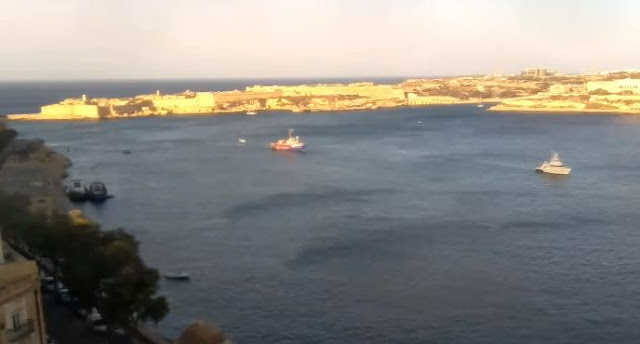 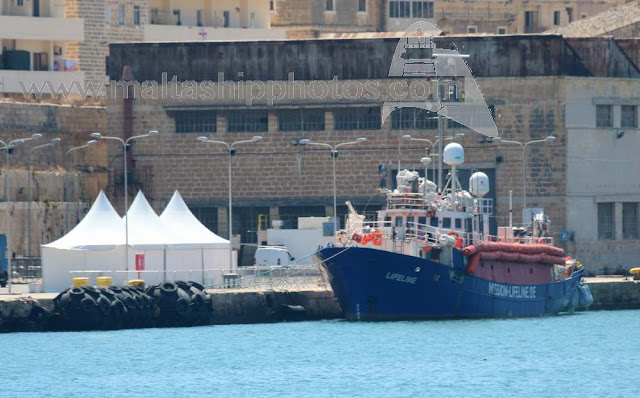 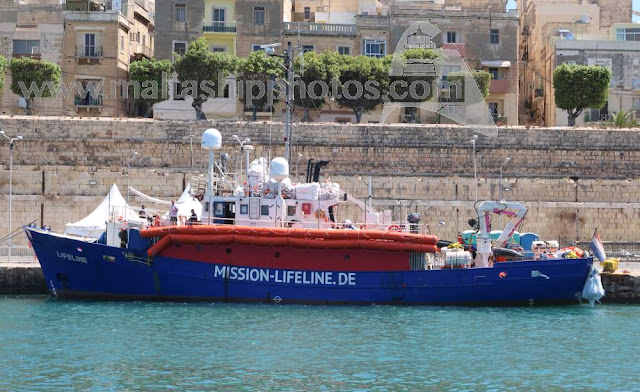 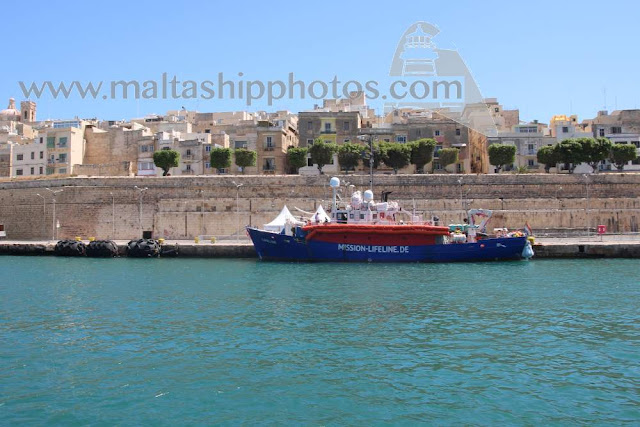 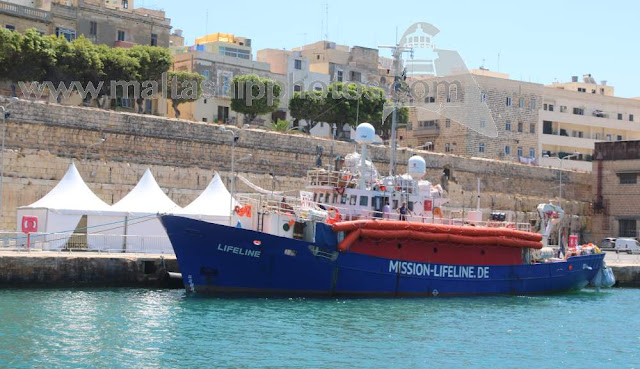