BLOW FROM THE PAST – COSTA EUROPA at Malta

The 1986 built liner COSTA EUROPA was using Malta several times during her service between 2002 and 2010. She was built as HOMERIC for Home Lines by Meyer Werft,Germany. Apart from being the first cruise ship built in Papenburg, she was also the only one at MEYER WERFT that was literally launched, in this case sideways. Never before has a ship of these dimensions been launched sideways with a Passenger capacity of 1,132 passengers.
Home Lines was bought by Holland America Line (HAL) in 1988, and she was renamed WESTERDAM on November 2nd. When HAL was acquired by Carnival WESTERDAM returned to her builders in October 1989 for lengthening by 39.6 metres, returning to service in March 1990. Two forwards lounges were replaced by a two deck theatre, the original theatre on the uppermost deck initially remaining as a cinema/smaller theatre.
WESTERDAM continued to run Caribbean cruises in winter, but ran to Alaska from Vancouver in the summer. Carnival bought a 50% interest in Costa Crociere (with Airtours) in December 1996, taking the remaining 50% from Airtours in 2001. In 2002 WESTERDAM was transferred to Costa and was renamed COSTA EUROPA. She received a further major refit which included the replacement of the original one-level cinema by six large balcony suites.
Vessel was represented in Malta by S.M.S Shipping Agency (http://www.sms.com.mt)
Below are images of COSTA EUROPA leaving Valletta after a day at the Valletta Cruise Port back to 14th May 2007 – 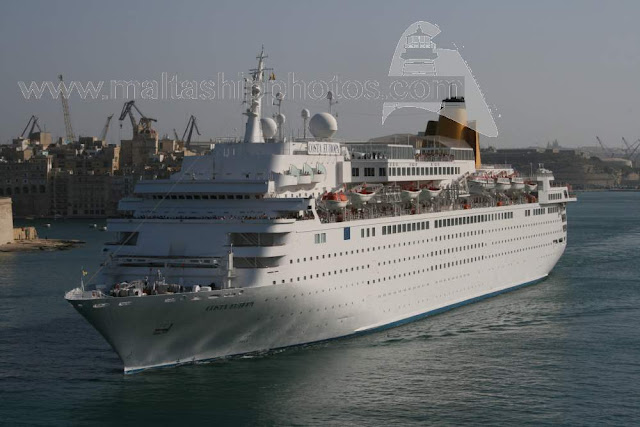 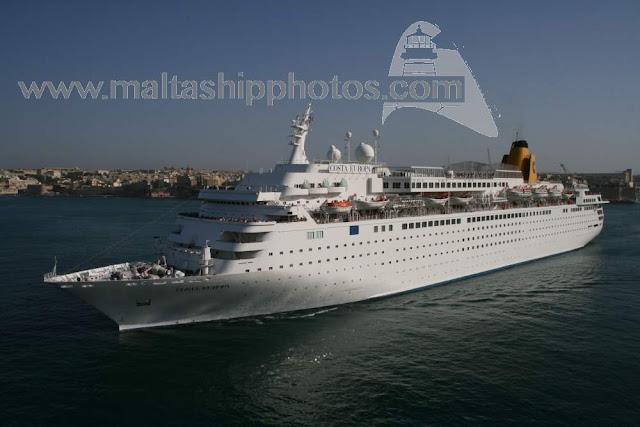 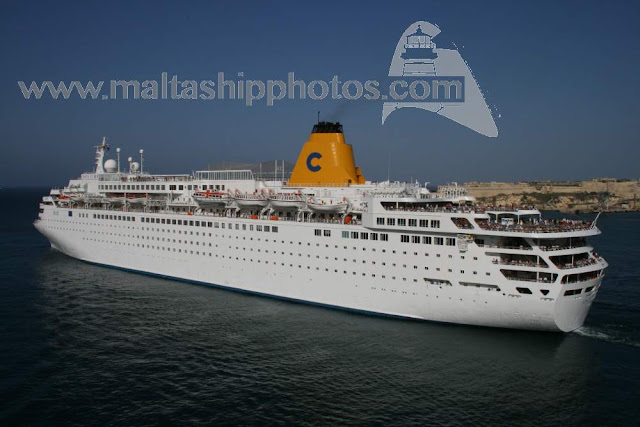 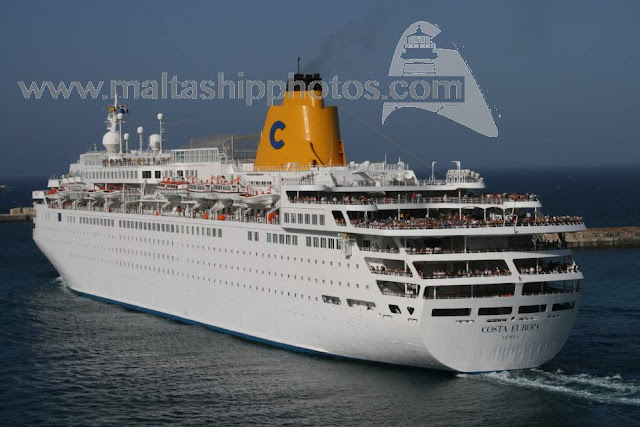