On 16 March 1978, the very large crude carrier (VLCC) AMOCO CADIZ lost her steering in a Force 10 storm and grounded on Portsall Rocks off the coast of Brittany, France.

As she broke up, the tanker lost her entire cargo of 1.6 million barrels of crude oil. The coastal areas in the vicinity were heavily impacted by the spill.
After receiving limited compensation under the Civil Liability Compensation (CLC) and Funds Conventions, the Government of France brought suit in the United States against Amoco Oil Company, the parent company (twice removed) of the ship owner.
The federal court awarded damages in favor of France, holding that the liability allocation and channeling provisions in the conventions were not applicable since the US was not party thereto.
The CLC compensation limits were subsequently raised after this incident. 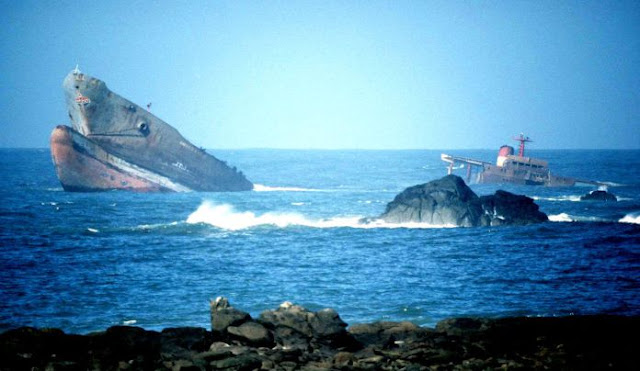 Over a period of two weeks the entire cargo of 223,000 tonnes of light Iranian and Arabian crude oil and 4,000 tonnes of bunker fuel was released into heavy seas. Much of the oil quickly formed a viscous water-in-oil emulsion, increasing the volume of pollutant by up to five times. By the end of April oil and emulsion had contaminated 320km of the Brittany coastline, and had extended as far east as the Channel Islands.
Strong winds and heavy seas prevented an effective offshore recovery operation. All told, less than 3,000 tonnes of dispersants were used. Some chalk was also used as a sinking agent, but with the consequence of transferring part of the problem to the sea bed. The at-sea response did little to reduce shoreline oiling. A wide variety of shore types were affected, including sandy beaches, cobble and shingle shores, rocks, seawalls and jetties, mudflats and saltmarshes. Removal of bulk free oil trapped against the shore using skimmers proved difficult, largely due to problems with seaweed and debris mixed with the oil. Greater success was achieved with vacuum trucks and agricultural vacuum units, although much of the free oil was simply removed by hand by more than 7,000 personnel (mainly military). A considerable portion of the oil that did come ashore eventually became buried in sediments and entrapped in the low energy salt marshes and estuaries. 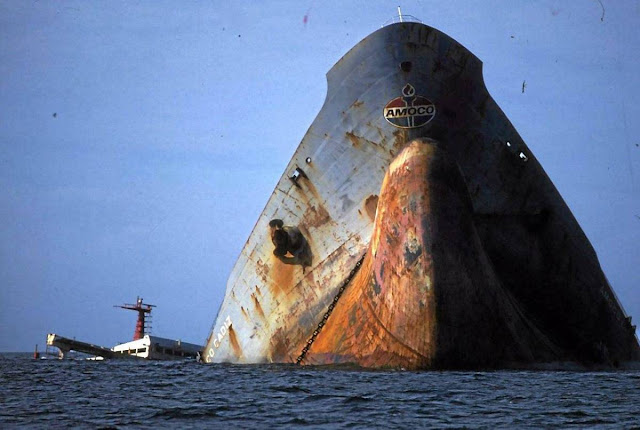 At the time, the AMOCO CADIZ incident resulted in the largest loss of marine life ever recorded after an oil spill. Two weeks after the accident, millions of dead molluscs, sea urchins and other benthic species washed ashore. Although echinoderm and small crustacean populations almost completely disappeared from some areas, populations of many species had recovered within a year. Diving birds constituted the majority of the nearly 20,000 dead birds that were recovered. Oyster cultivation in the estuaries (“Abers”) was seriously affected and an estimated 9,000 tonnes were destroyed because of contamination and to safeguard market confidence. Other shell and fin fisheries as well as seaweed gathering were seriously affected in the short-term, as was tourism.
Cleanup activities on rocky shores, such as pressure-washing, as well as trampling and sediment removal on salt marshes caused biological impacts. Whilst rocky shores recovered relatively quickly, the salt marshes took many years. Failure to remove oil from temporary oil collection pits on some soft sediment shorelines before inundation by the incoming tide also resulted in longer-term contamination. Numerous cleanup and impact lessons were learned from the AMOCO CADIZ incident, and it still remains one of the most comprehensively studied oil spills in history. 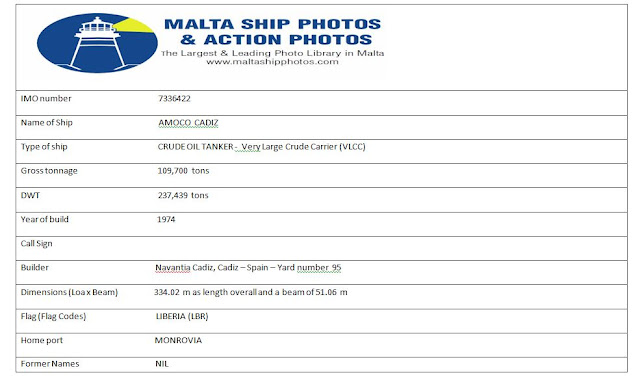