Salvage operations of the grounded vessel DIANA were still ongoing though it was a very misty day. 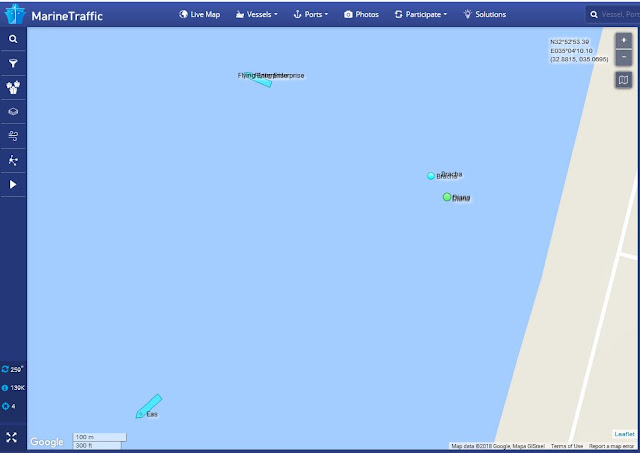 Meanwhile  the 2007 built offshore supply ship STRATIS Z arrived from Piraeus, Greece to help with the salvage operation. She’s the former CREST DIAMOND until February 2010 and MERMAID VANQUISH until May 2017. 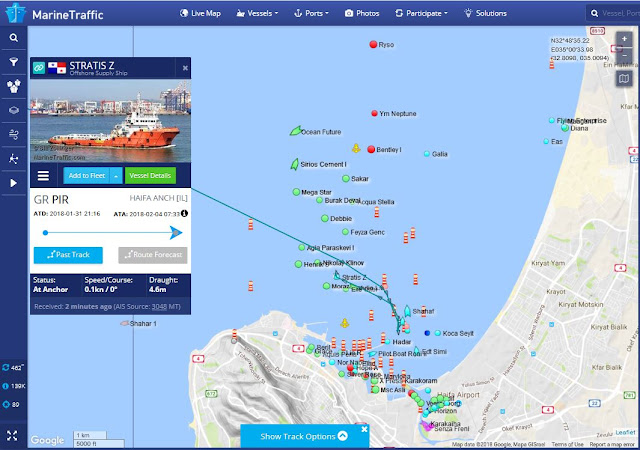 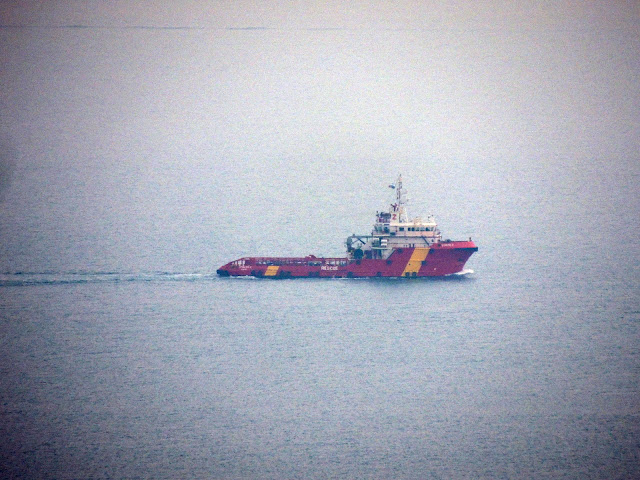 Tuesday 6th February, 2018.
Salvage operations of the grounded vessel DIANA were still ongoing with 4 tugs involved though it was a very misty day. 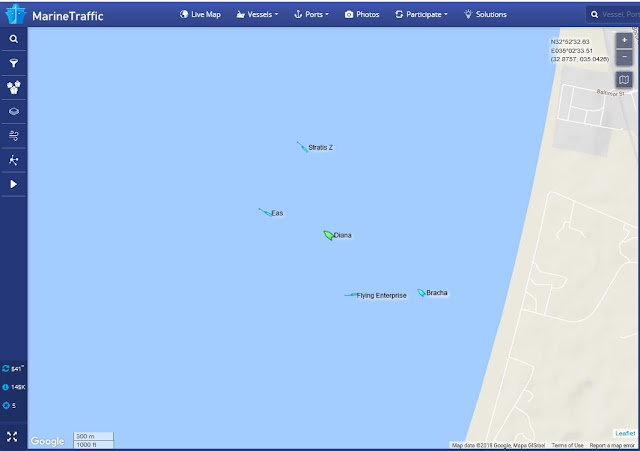 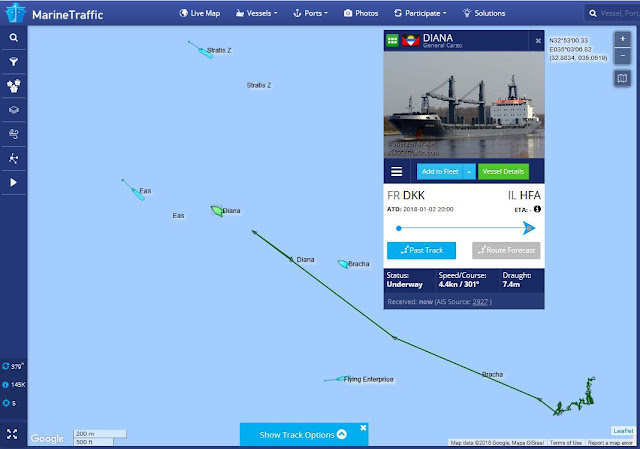 Salvage Saga ended after 19 days. DIANA grounded on the night of 19th to 20th June. She was re floated circa 0715 UTC on Tuesday 6th February. Towed around to clean her jammed salt water cooling systems from re-floating till arrival back to port of which she was assisted by habour tugs ARIEL, AMATZIA II and ILAN. She was towed to Israel Shipyards at Kishon. 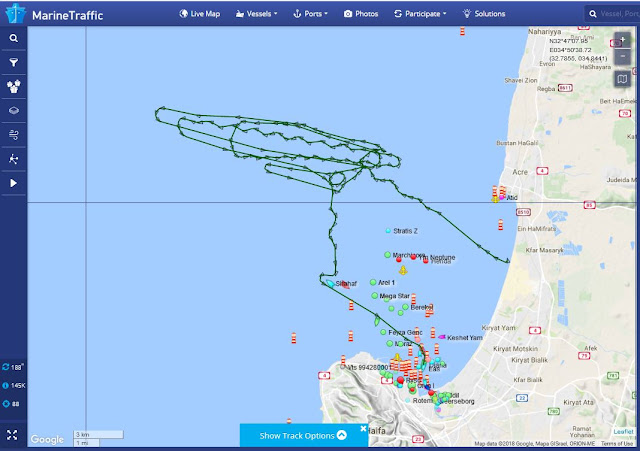 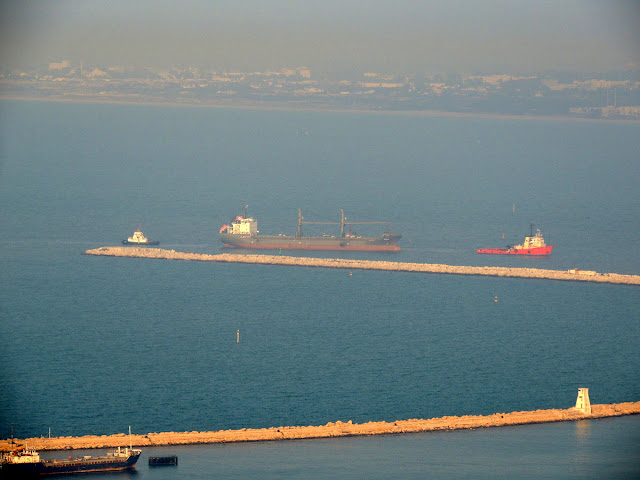 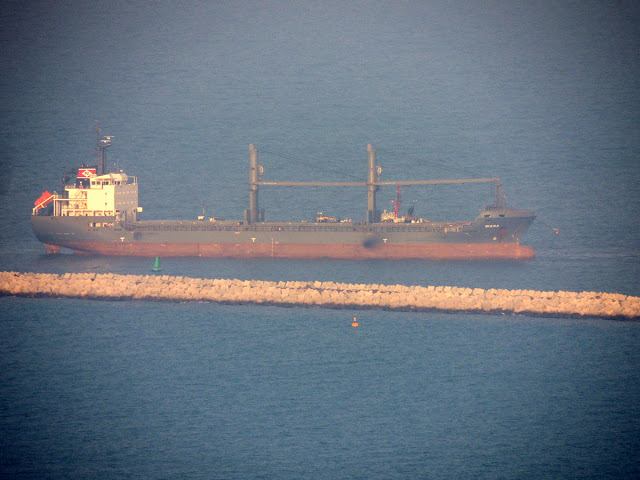 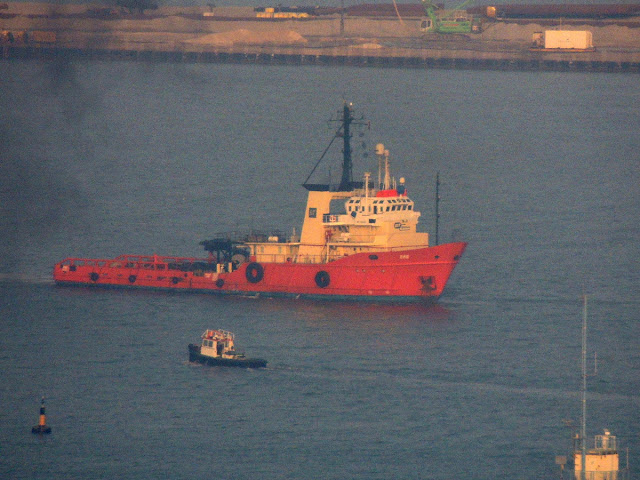 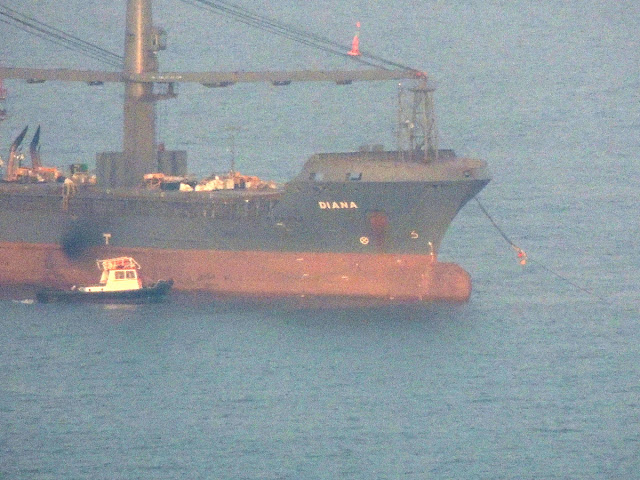 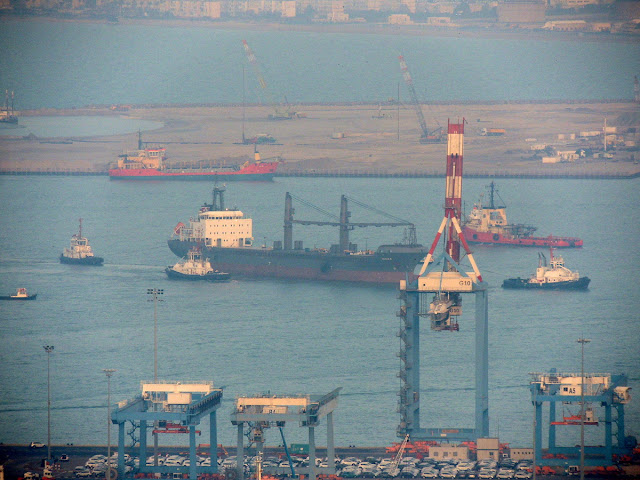 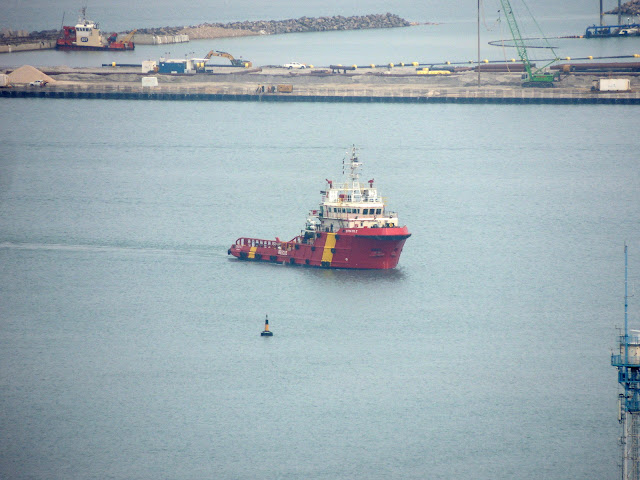