The following movements are covered by a friend at Haifa, Israel –
Tuesday 27th February, 2018. 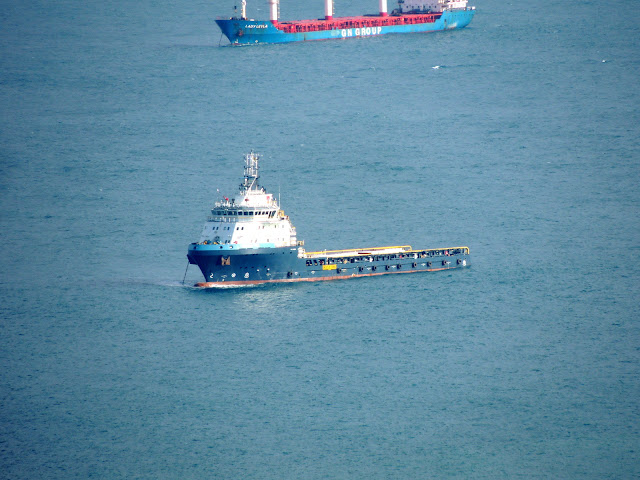 Also the 2005 built 225m long pipelayer AUDACIA arrived off Harbour from Cadiz. Last time she was here it was back to 2011 where she laid gas pipes. 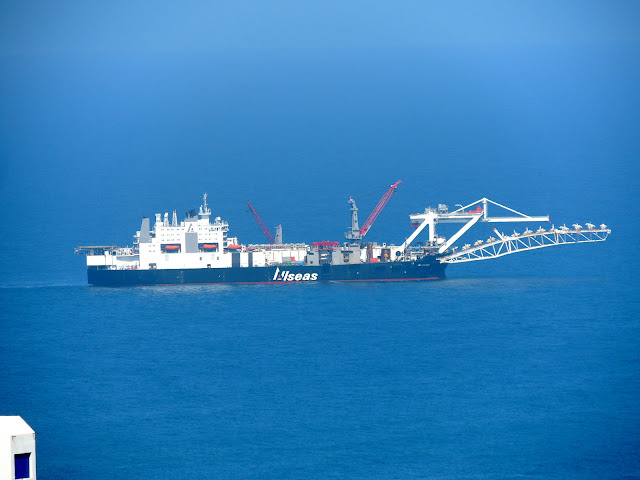 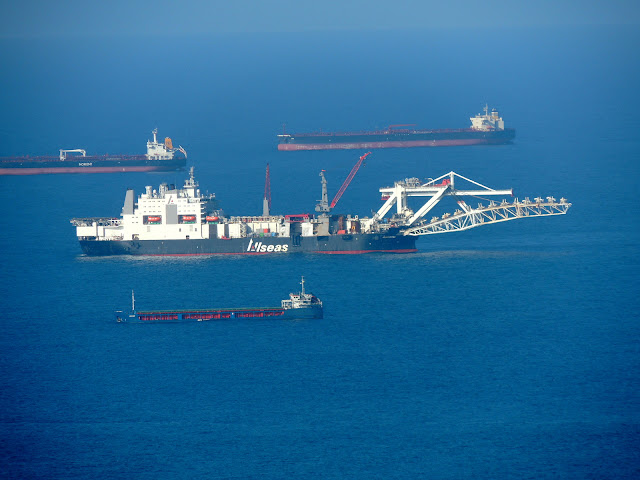 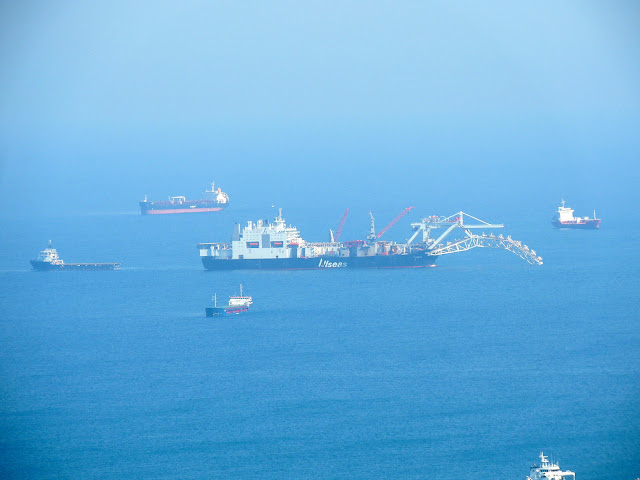 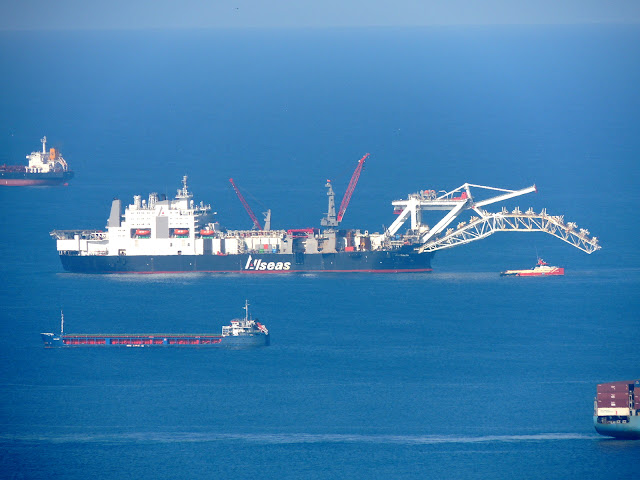 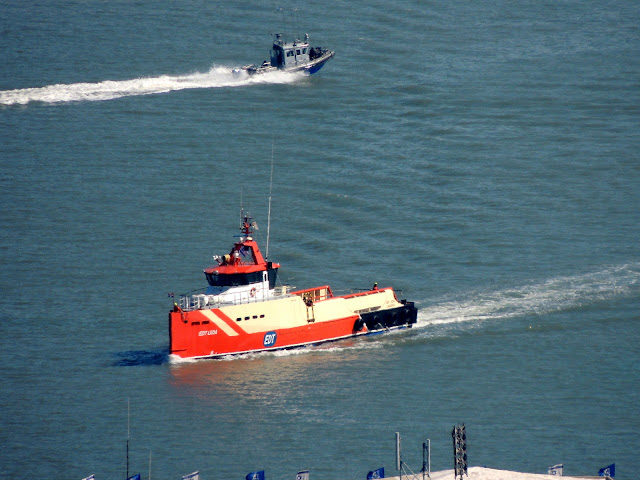 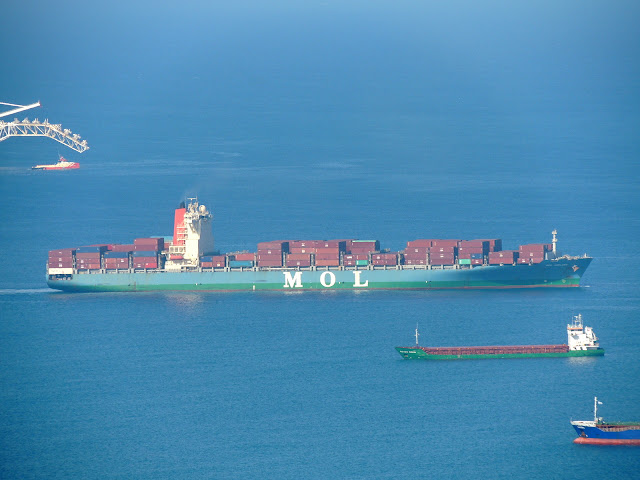 The pipelayer AUDACIA heaved up anchors and shifted to her working area at the Leviathan Oilfield, 80 km West off Haifa. 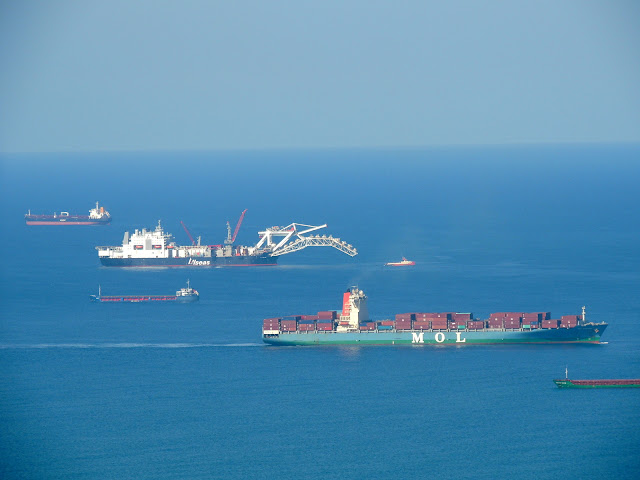 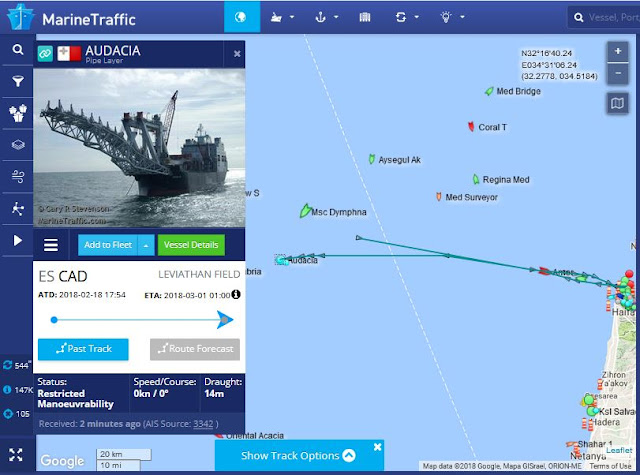 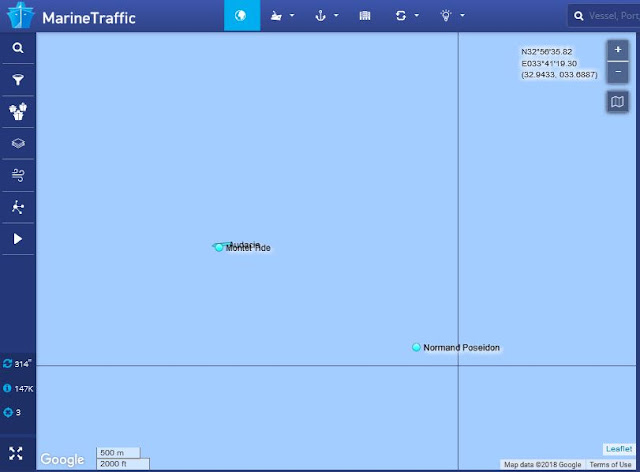 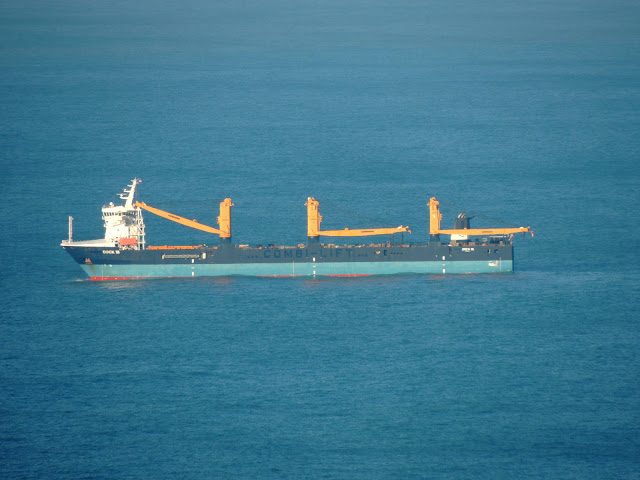