PRINCESS MARGRET was built by British Hovercraft Corporation for Seaspeed and stretched in 1977. Transferred to Hoverspeed on creation of the company in 1981. Withdrawn in 2000.
The SR.N4 (Saunders-Roe Nautical 4) hovercraft (also known as the Mountbatten-class hovercraft) was a large passenger and vehicle carrying hovercraft built by British Hovercraft Corporation (BHC). BHC was formed by the merger of Saunders-Roe and Vickers Supermarine  in 1966. Work on the SR.N4 began in 1965 and the first trials took place in early 1968. Power was provided by four Rolls-Royce Proteus marine turbo shaft engines each driving its own lift fan and pylon-mounted steerable propulsion propeller.
The SR.N4 was the largest hovercraft built to that date, designed to carry 254 passengers in two cabins besides a four-lane automobile bay which held up to 30 cars. Cars were driven from a bow ramp just forward of the cockpit / wheelhouse. The first design was 40 metres (131 ft) long, weighed 193 tons, was capable of 82 knots and could cruise at over 60 knots (111 km/h).
The SR.N4s operated services across the English Channel between 1968 and 2000.
On Monday 12th March 2018 GH-2006 (THE PRINCESS MARGARET) was broken up at the Hovercraft Museum in Lee on the Solent. The museum still retains GH-2007 THE PRINCESS ANNE.
Below images are of THE PRINCESS ANNE while in service 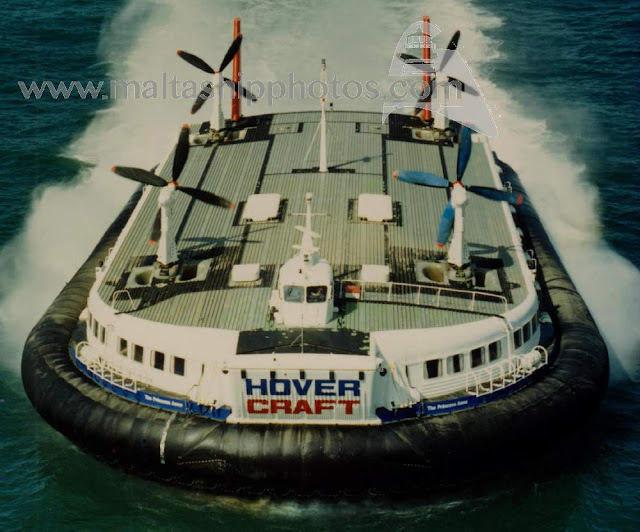 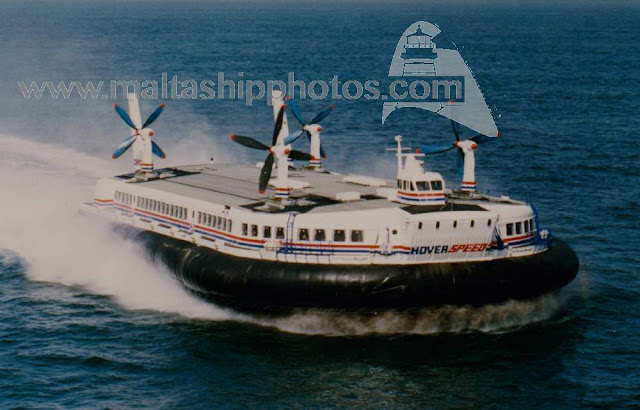