She was built in Sweden by Oresundsvarvet Landskona as Yard Number 278 launched as VISBY for Rederi AB Gotland. During 1990 the VISBY was chartered to UK based ferry operator Sealink British Ferries.  Following a major refit atTilbury, the ferry entered service in March 1990 as the FELICITY. The FELICITY was renamed STENA FELICITY in 1991 following the acquisition of Sealink British Ferries by Stena Line.
In 1997 the charter of the STENA FELICITY  ended of which her place on the Fishguard route was taken by another ferry the KONINGIN BEATRIX. Following a refit and rebuild in Germany, the vessel re-entered Gotland service in 1998 under her original name of VISBY. During  2003 the VISBY was renamed VISBORG to release her name for a new vessel under construction in China.
In 2003 she was sold to POLFERRIES, Poland and renamed her SCANDINAVIA for service between Gdansk and Nynäshamn with the last trip between Nynäshamn and Gdansk on 8th May 2015 of which she was sold to Ventouris Ferries and renamed RIGEL II.
She was also at Palumbo Malta Shipyard during May 2016 drydocked at Dock 6.
Vessel was represented in Malta by JB Sorotto Ltd (http://www.jbsorotto.com.mt)
Below images are of the vessel RIGEL II leaving Valletta on Monday 12th March 2018 – 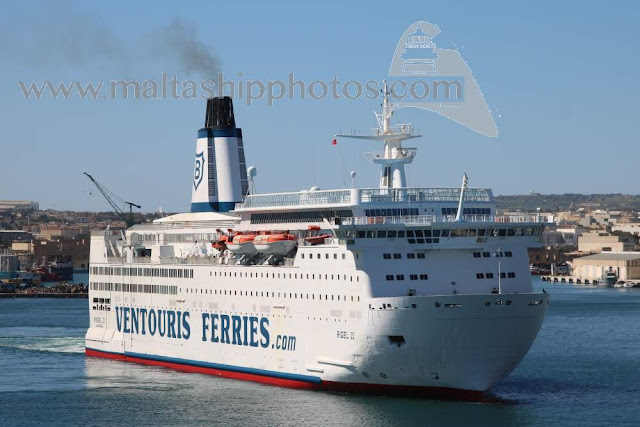 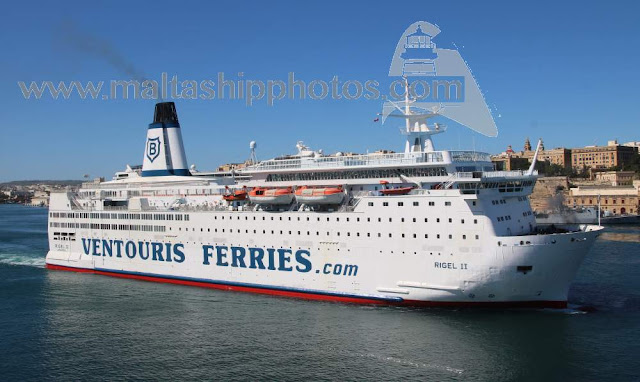 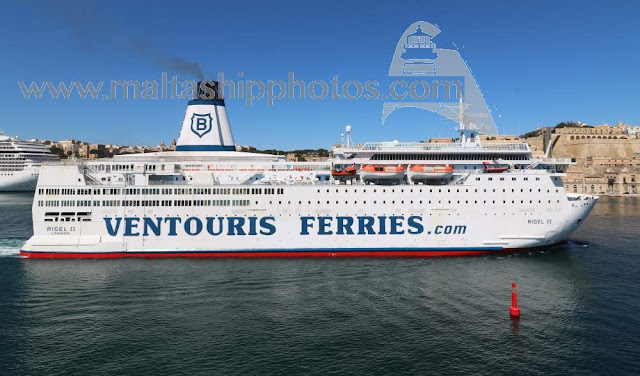 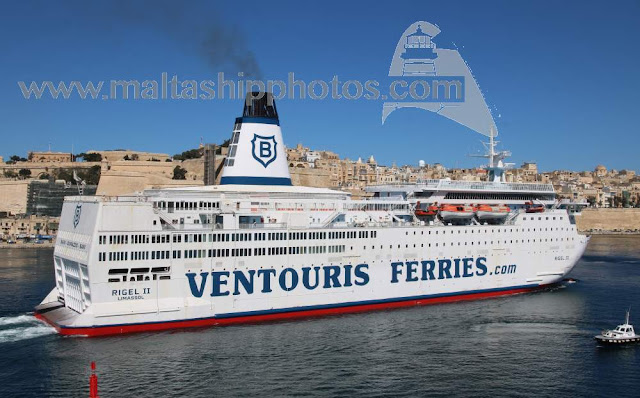 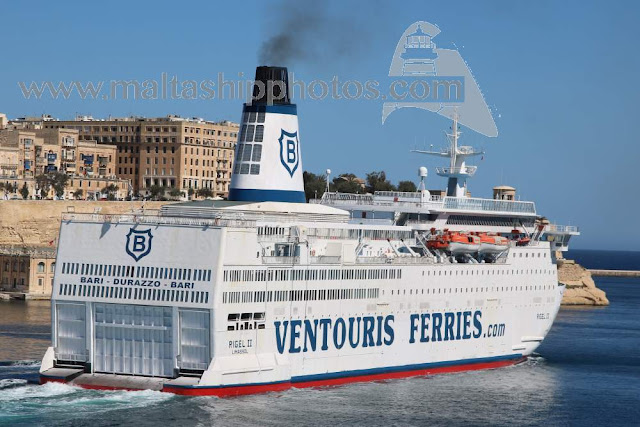 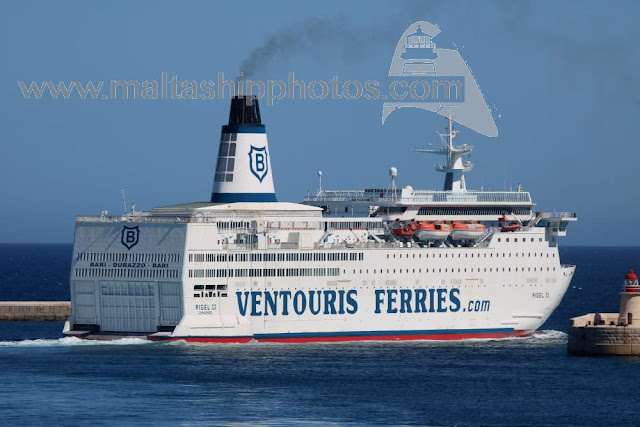 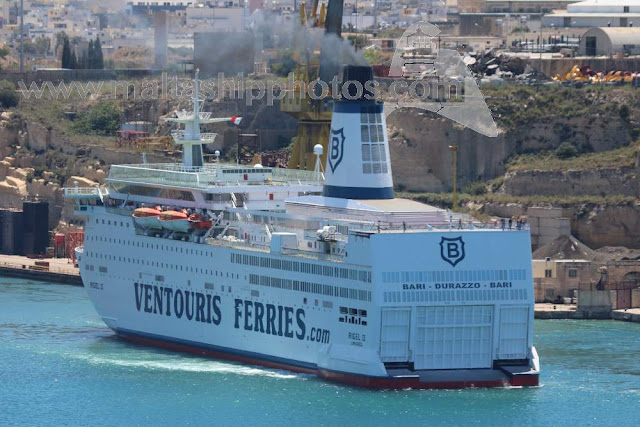 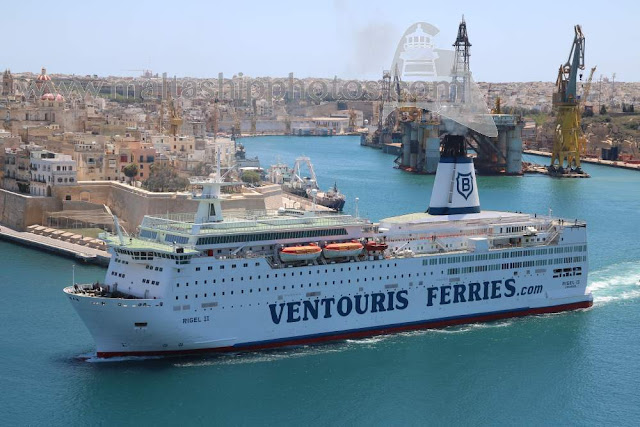 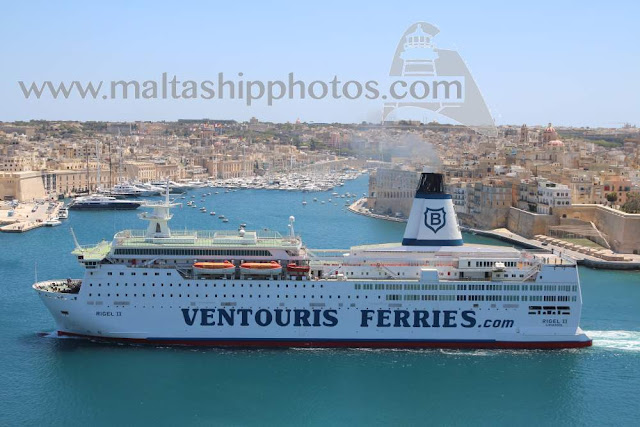 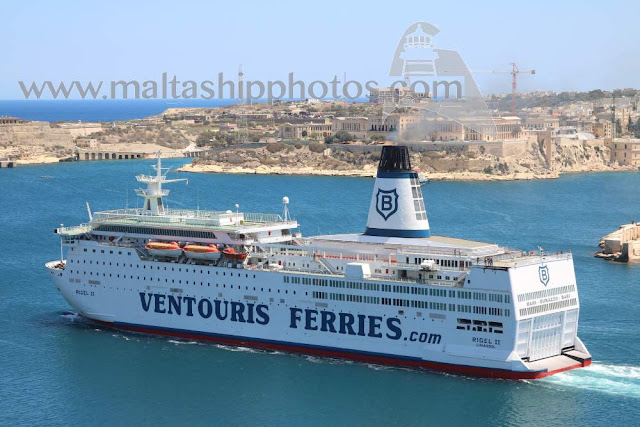