In 1964 a 29 meter Benetti tugboat named as SAN GENNARO was built and during 2005 a conversion started at Ortona Navi Shipyard for the conversion of a tug into a luxury yacht.
The project of Lenci Marine has foreseen the total renewal of the superstructures that have been extended, to the Ponte di Coperta to create a living room, the dining room and the kitchen; on the upper deck a large wheelhouse has been built and the owner’s cabin, below deck, have been obtained three guest cabins and a laundry. The crew is housed in two double cabins aft of the Machine Room. The interior furnishings are entirely in teak as well as the deck covering of the three decks. The conversion involved a total overhaul work in which all the systems were redone again and the engine room completely overhauled, allowing to keep the original engine, a MAN of 1051 horsepower with 360 rpm engine. Mount a Kort cape.
Below are images of the vessel leaving Valletta from Grand Harbour Marina (GHM)  after her conversion back to 13th June , 2007 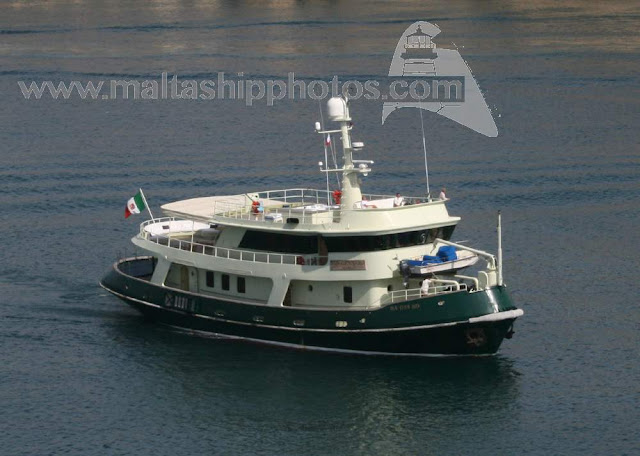 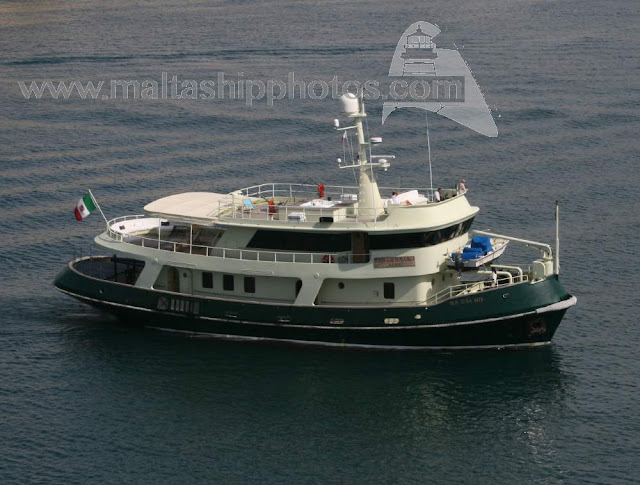 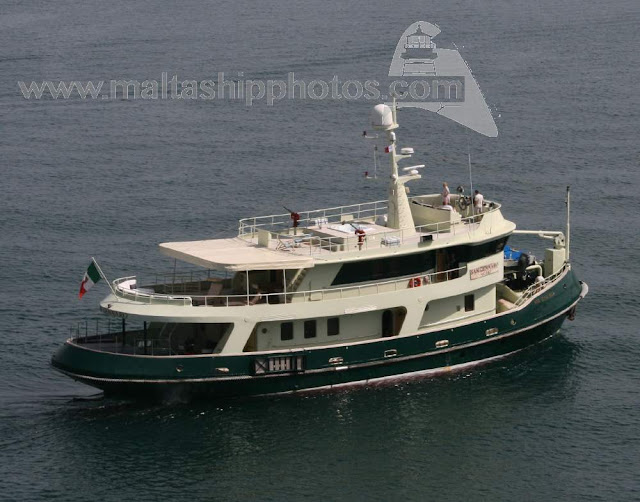 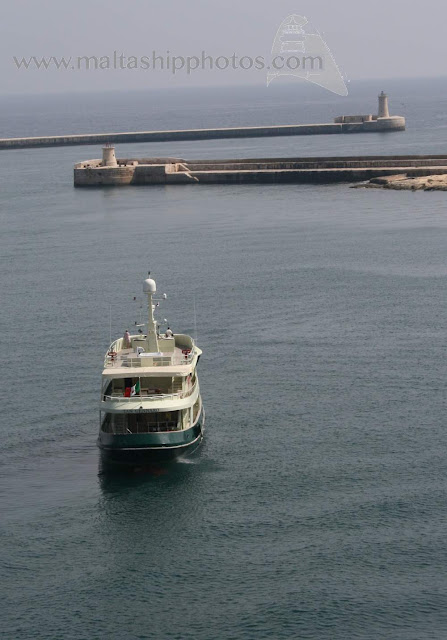 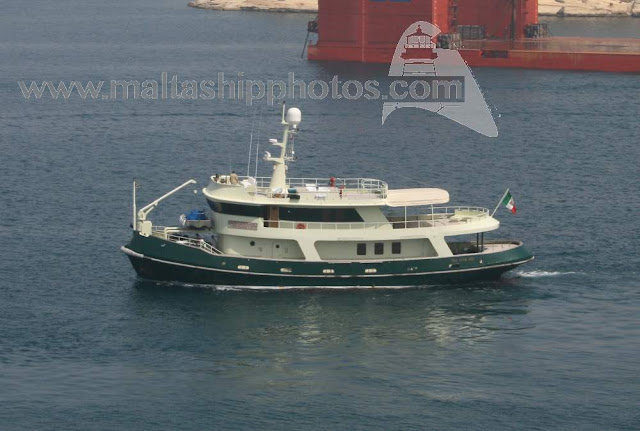