Cyprus said on Saturday 10th February that it had an open line of communication with Italy after the drillship SAIPEM 12000 of energy giant ENI was reportedly forced to halt its course to Block 3 of the island’s exclusive economic zone (EEZ) by Turkish warships.
Ankara claims that large part of Cyprus’s EEZ is part of its continental shelf and repeatedly warned Nicosia not take unilateral actions in the area.
The ship stopped its course to its intended destination on Friday when it was at a distance of 15 nautical miles – 70 kilometers off southeast coast of Cyprus.
She’s assisted by the 2015 built offshore supply ship VOS PRIME and the 2013 built offshore supply ship VOS PURPOSE of which both of them were spotted at Limassol Port on Tuesday 13th February. 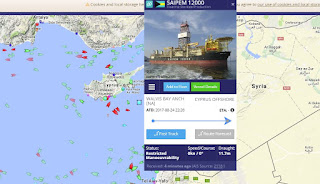 Position of the drillship as it is at the moment of writing. 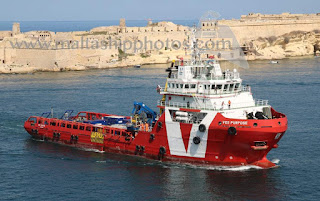 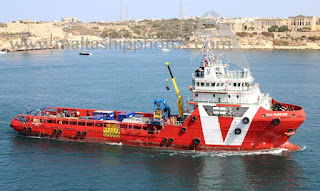 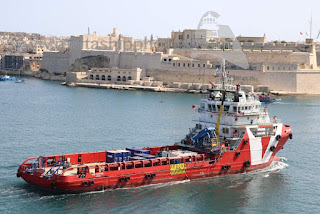 Above images are of VOS PURPOSE entering Valletta, Malta back to 15th August 2017.
Photos by Capt. Lawrence Dalli. Do not use these images without my permission. © All rights reserved. Malta Ship Photos & Action Photos – www.maltashipphotos.com