BLOW FROM THE PAST – EUGENIO C at Malta

SS EUGENIO C was a classic liner built for Costa Crociere, Italy in 1966 by Cantieri Riuniti dell’ Adriatico, Italy bearing IMO 6502024.
EUGENIO C was ordered for the South American service by Linea C, to replace the FREDERICO C operating the same route. Her keel was laid on 4 January 1964, with EUGENIO C being delivered to Costa on 22 August 1966, the same day she set out on her maiden trans-Atlantic voyage. 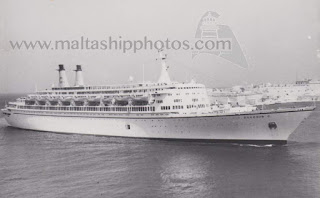 Above as EUGENIO C entering Valletta, Malta back to 26th April, 1984.
In 1984 she was extensively renovated and renamed the EUGENIO COSTA. It was planned that the vessel would be renamed American Adventure and transferred to American Family Cruises, which was to be a branch of Costa, but this plan was never realized. EUGENIO COSTA completed her last cruise for her original owners in November 1996. 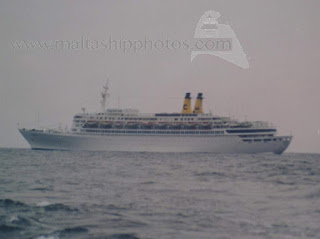 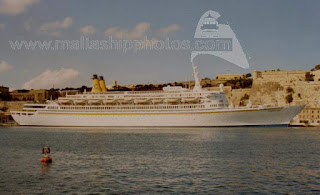 Above as EUGENIO COSTA at Valletta, Malta back to 10th November, 1993.
Costa sold the EUGENIO COSTA to the Bremer Vulcan shipyards in part exchange for the construction of the COSTA VICTORIA. Lowline Shipping wanted to acquire her and she was charteredto Direct Cruises, a British cruise line which offered budget cruises marketed via telemarketing. $12 million was spent on refitting the EUGENIO COSTA into EDINBURGH CASTLE. 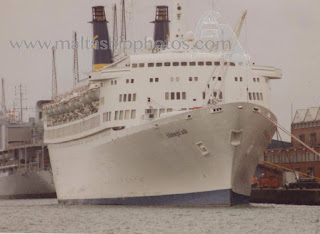 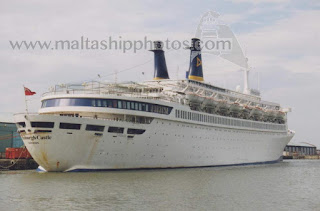 Above berthed at Southampton, UK during September 1998
The vessel’s mechanical problems brought about great difficulty to Direct and Lowline, until Direct filed for liquidation and Lowline Shipping filled for bankruptcy in 1999. Ownership of EDINBURGH CASTLE was passed on to Lowline’s main creditor, shipbuilder Cammell Laird.
Cammell Laird chartered the vessel to Premier Cruises renaiming her as THE BIG RED BOAT II and having her go under a 10-month $25 million overhaul. Premier went into liquidation in September 2000, as a result Cammell Laird briefly chartered her to the United States Government  after which time she was laid up at Freeport in Bahamas.
THE BIG RED BOAT II was sold to Argo Ship management who kept her up on the market. By 2005 it was obvious cruise companies were not willing to take their chances with her due to her history of mechanical problems. The vessel started her last voyage to breakers at Alang, India doing 2 stops – at the Azores to bunker and off Malta for crew change. 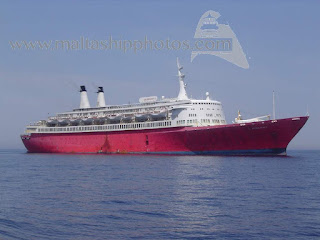 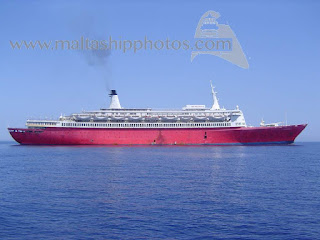 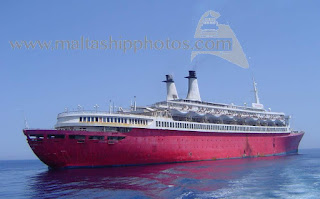 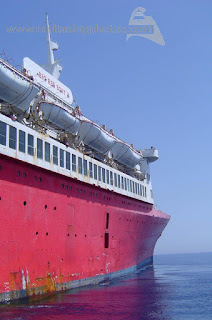 Above images are off Valletta, Malta during her conveyance service on 5th May, 2005.
Photos by Capt. Lawrence Dalli. Do not use these images without my permission. © All rights reserved. Malta Ship Photos & Action Photos – www.maltashipphotos.com