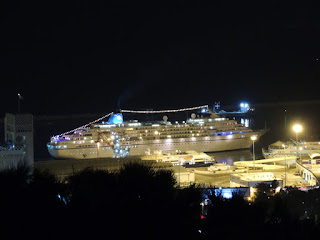 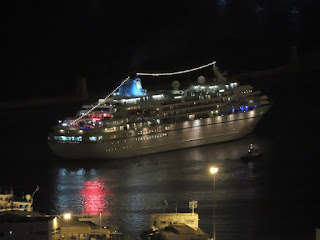 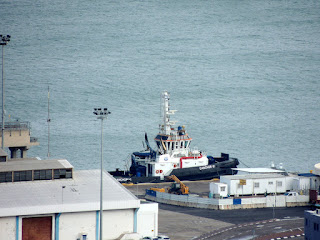 Wednesday 22nd November, 2017.
The 1977 built PAN flag cruise liner GOLDEN IRIS departed to her lay up destination at Chalkis, Greece which is around 502 km off Athens. She’s bearing imo as 7358573 and she’s the former CUNARD CONQUEST until March 1977; CUNARD PRINCESS until June 1995 and RHAPSODY until April 2009. 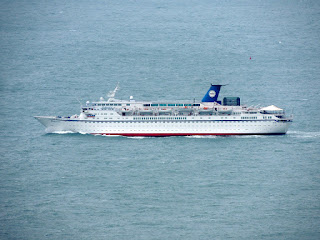 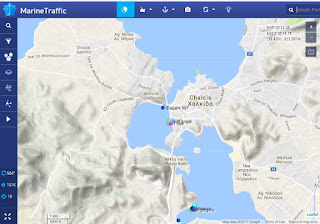 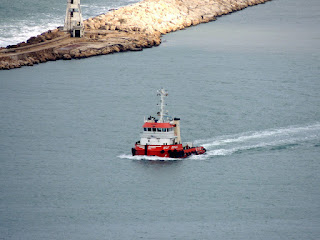 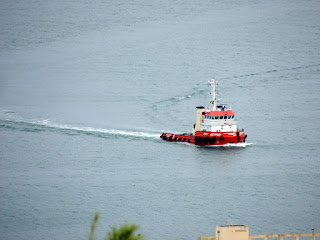 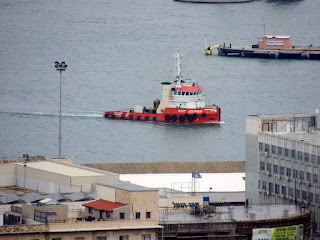 Thursday 23rd November, 2017.
The 2016 built ISR flag and owned tugboat DANCHOR VI was seen towing the 1977 built PAN flag general cargo ship ECE K bearing imo of 7622089 of which was arrested back in 2013 used as a target by the Israeli Navy and owned by RAFAEL ADVANCED DEFENCE SYSTEM based at Haifa, Israel according to equasis.org. 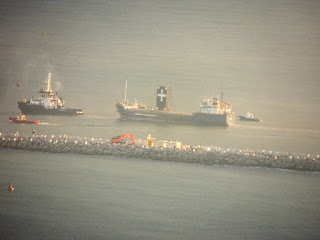 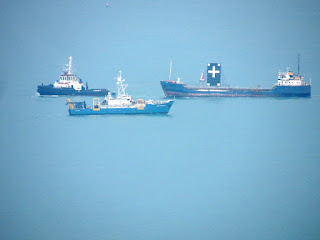 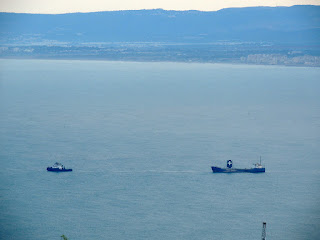 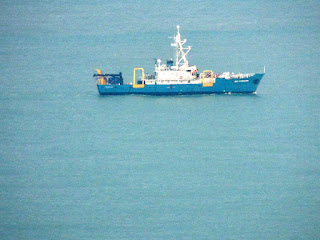 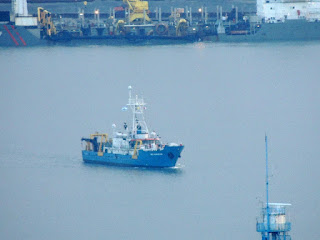 The 2017 built sailing yacht A arrived and was turning around Haifa Buoy 1. Harbor launch TAL 1 was assisting -towing a string of fenders to the berthing site. She was surrounded by a group of kayaks. Later she entered the harbor to the passenger terminal. She’s bearing imo 1012141 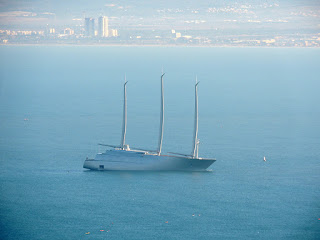 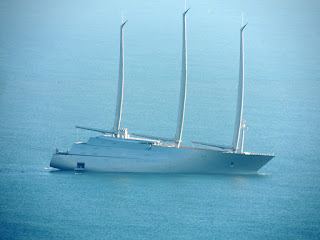 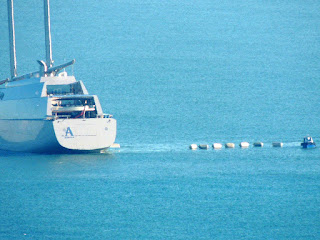 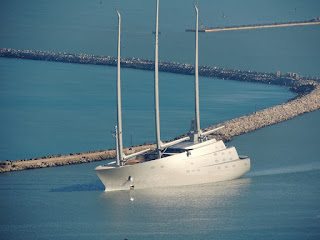 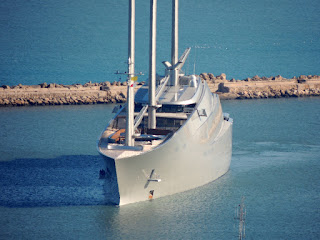 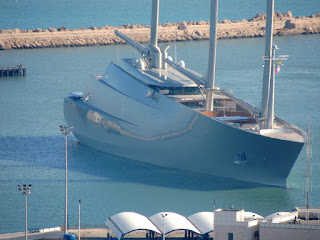 Spotted later on was  the 1981 built Italian tug HYPSAS that departed to Ravenna towing a flat top barge loaded with structures of which their towing speed was of 7.3 knots. 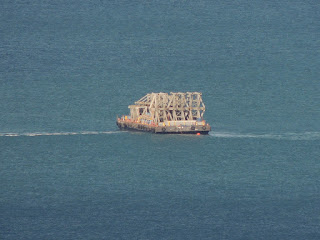 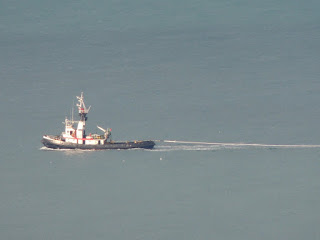 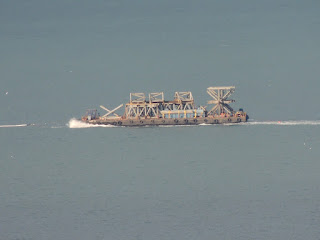 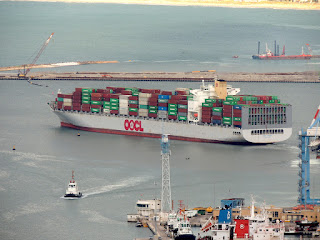 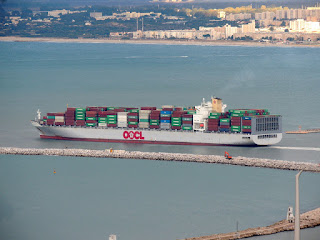