The following movements are covered by a friend at Tasmania, Australia –
Tuesday 17th October, 2017. 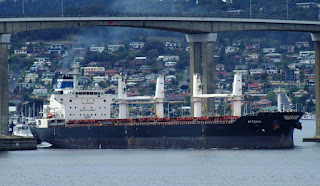 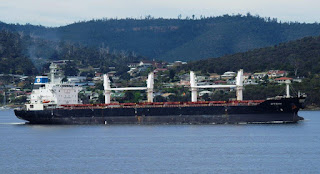 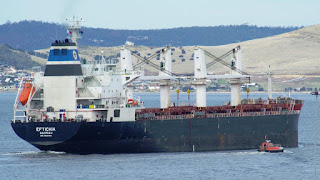 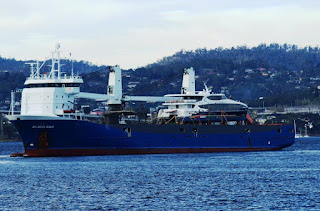 Friday 20th October, 2017.
The 2014 built HKG flag bulker JERSEY SPIRIT was seen  berthed at the Nyrstar Wharf at Risdon upstream from Hobart, Tasmania, Australia discharging Zinc Concentrates.  She sailed the next day for Napier. She’s bearing imo 9638410 and the former MYSTIC TREASURE until May 2014 and TOKYO SPIRIT until May 2014. 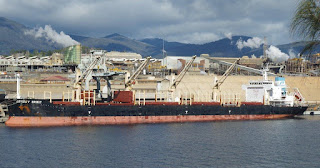 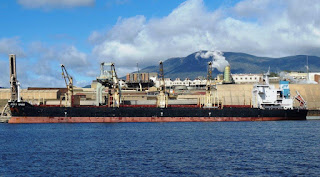 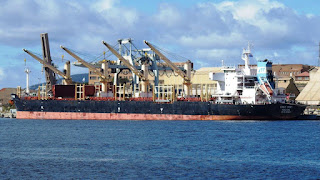 The 2010 built LBR flag and Greek operated bulker MARIANNA was seen at anchors in Bell Bay in Northern Tasmania, Australia waiting for the berth to be vacated by the Pacific Trust. Her imo is 9478523. 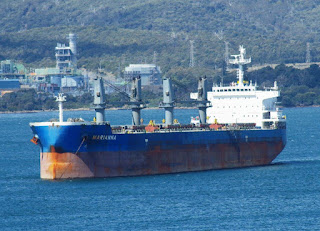 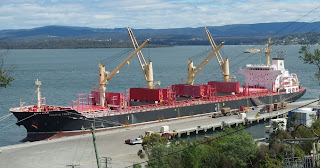 Friday 27th October, 2017.
The 2002 built PAN flag wood chip carrier  DYNAGREEN fresh from drydock in China was seen making her way down the Tamar River from Bass Strait heading for the Forico Woodchip Facility at Longreach new Bell Bay in northern Tasmania, Australia assisted by the tugs RISDON COVE and YORK COVE. Her imo is 9253844. 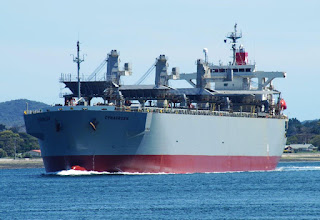 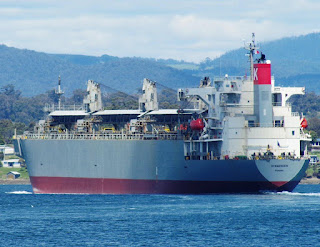 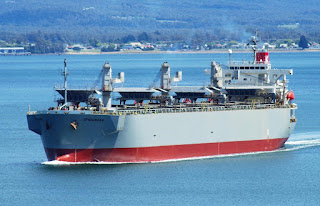 All Photos by our correspondent Glenn Towler. Do not use these images without my permission. © All rights reserved. Malta Ship Photos & Action Photos – www.maltashipphotos.com