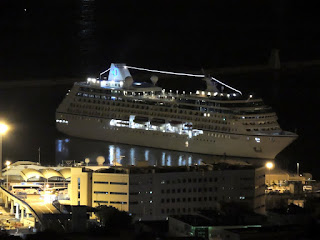 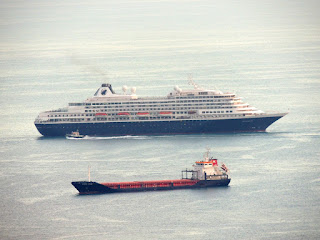 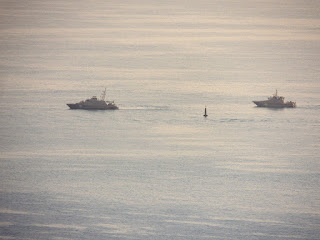 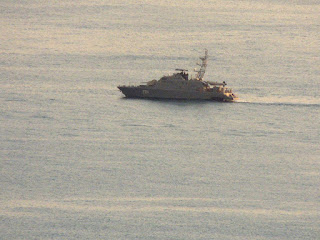 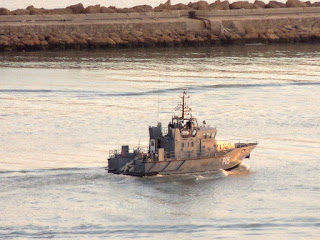 Monday 23 rd  October, 2017.
Early afternoon was the departure of the cruise liner NAUTICA. 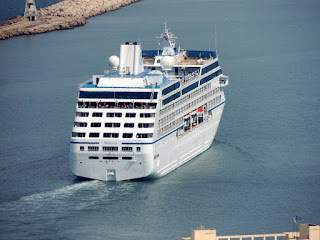 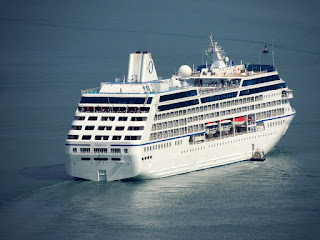 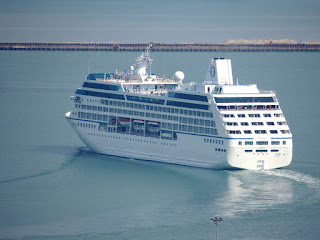 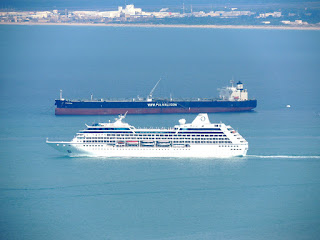 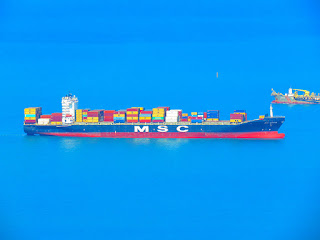 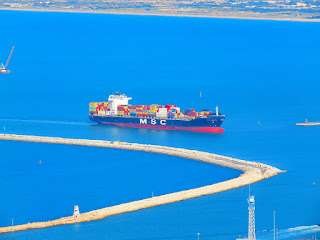 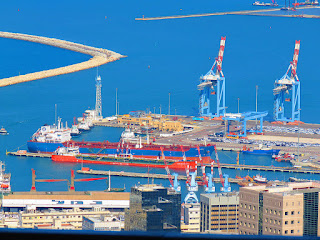 In the above image there’s a blue tanker with her name as CHRYSOPIGI though on marine traffic she’s transmitting as RYSO which is a bulker. Her former name is NORD PRINCESS with imo 9303728. 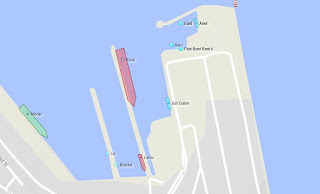 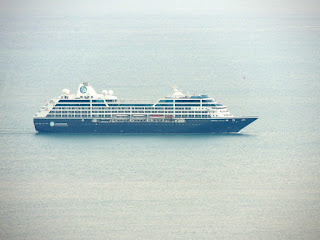 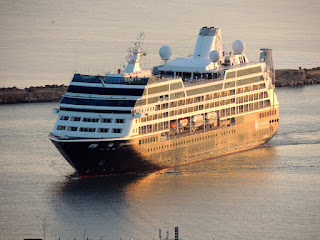 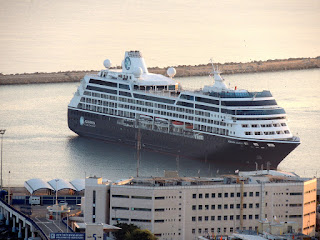 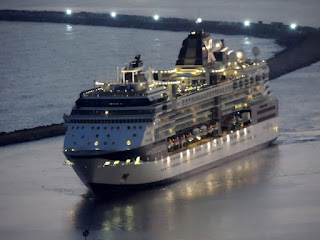 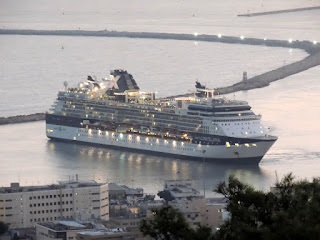 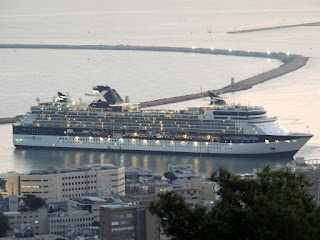 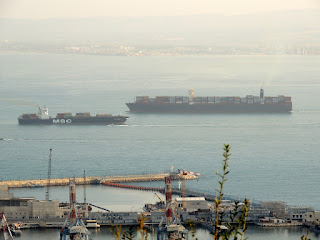 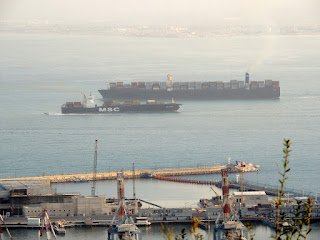 Later in the day we saw the arrival of the 1979 built PAN flag ro/ro vessel MUIRNEAG of which amongst 7 former names she’s easily recognizable as one of the Mercandian Ships infact she’s the former MERCANDIAN CARRIER II bearing imo 7725362. 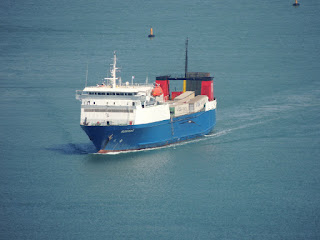 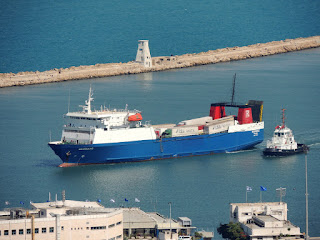 Later at night we had the departure of the cruise liner CELEBRITY CONSTELLATION. 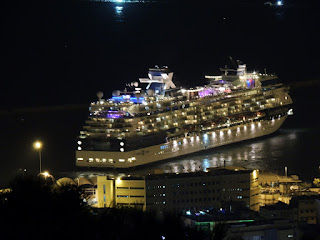