MS ESTONIA previously VIKING SALLY (1980–1990), SILJA STAR (1990–1991), and WASA KING (1991–1993), was a passenger ferry built in 1979/80 at the German shipyard Meyer Werft in Papenburg as HUll 590. The ship sank in 1994 at the Baltic Sea in one of the worst maritime disasters of the 20th century. After TITANIC she is the second-deadliest European shipwreck disaster to have occurred in peacetime and the deadliest peacetime shipwreck to have occurred in European waters, with 852 lives lost.
The sinking of the ferry vessel MS ESTONIA in the Baltic Sea is an accident that will haunt the maritime domain for long years and even beyond. Caused by myriad reasons, this Baltic Sea accident was an event so unprecedented that the extent of the damages caused, both to life and to property, is still shocking even after so many years since the disaster occurred.
As contrary to otherwise held beliefs, the MS ESTONIA was a ship with almost 15 years of successful ferrying service for four different owners and operators. Originally built at the start of the 80s, the vessel came under the ownership of her last operators, the Estonia Shipping Company (ESTLINE) , in the early 1990s.
The MS ESTONIA sinking occurred on 28th September 1994 as the vessel was passing through the Baltic Sea from the Estonian province of Tallinn to her intended destination of Stockholm. At the time of the MS ESTONIA disaster nearly 1,000 people were aboard it, both voyagers and crewing personnel included and only a minuscule proportion of people were managed to be successfully saved from the wreckage of the unfortunate vessel.
The timing of the voyage was such that turbulent climatic conditions plagued the transiting through the Baltic Sea. Heavy gales lashed the vessel, making steerage difficult whilst trying to maintain the speed of the vessel. Thus though a common thread about the actual causation of the disaster remains that the weather played a major role in destabilizing the ship, sources vary in their account of how the vessel started to heel in the Baltic Sea. 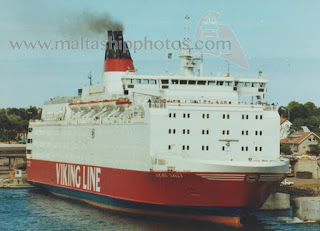 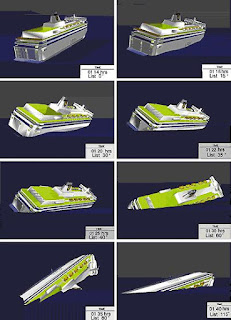