Defend Europe Ship C STAR will not be granted permission by Maltese authorities. 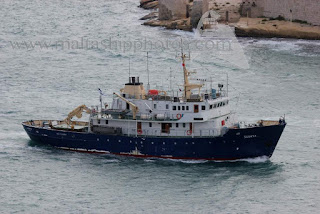 Image of SUUNTA now renamed C STAR entering Valletta,Malta back to 16th November 2012 – www.maltashipphotos.com
A controversial anti-migrant ship, currently anchored outside territorial waters (otw), will be refused entry into the island if permission is requested.
The ship, the C STAR belonging to the Defend Europe movement, has been plagued by controversy for weeks, as it tries to block the rescue of refugees from the Mediterranean Sea, which it described as part of an “invasion” endangering the continent.
Unlike the below tweet regarding the VOS HESTIA – Save The Children Vessel is not berthed at Catania but at Valletta. 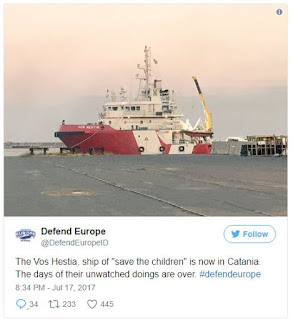 Rik Goverde, who is with the Save the Children team in Catania, said they aren’t entirely clear what Defend Europe’s aims are.
“We don’t mind them being there, but interfering in the rescue would be a violation of maritime law,” he said.
Goverde rejected Defend Europe’s criticism of their work.
“We are not to decide if [migrants] are welcome in Europe. The only thing we do is try to save lives at sea,” he said. Save the Children’s Mediterranean rescue operation “is not a long-term solution of course. The solution lies on land — in the countries of origin and Europe. I hope [Defend Europe] would understand that.”