Mediterranean, Aug 15 (Reuters) – The Libyan coastguard intercepted a humanitarian rescue ship in the Mediterranean on Tuesday, ordering it to sail to Tripoli or risk being targeted, a Reuters photographer aboard said.

The vessel operated by the Spanish Humanitarian Organisation Proactiva Open Arms was repeatedly contacted by the Libyan Coastguard Vessel 654 according to VHF Radio transmissions heard by the photographer.
‘You are sailing in our waters for months now and you are conducting activities that are causing problems to Libyan State Sovereignty ‘ said a man who identified himself as p[art of the Libyan Coastguard , speaking in English.
‘Therefore I ask you to alter your course towards Tripoli Port. If you do not obey the orders right now …..you will be targeted’, the voice said.
GOLFO AZZURRO was then told to leave Libyan Waters of which she headed North followed by the Libyan Coastguard Vessel. 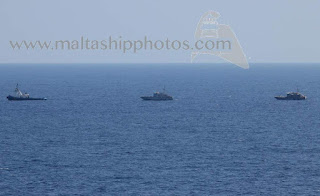 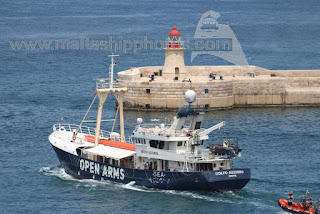