Today 15th August 2017 marks the 75th Anniversary of the award of the George Cross on April 15, 1942, and the arrival of the convoy codenamed Operation Pedestal, commonly known as the Santa Marija Convoy, on August 15 of that year. These are probably the two most important dates highlighting Malta’s role during World War II, which determined the outcome of the North African campaign and the war in the Mediterranean, and the surrender of Italy nearly a year later, on September 8, 1943.
As Malta edged inevitably towards starvation and surrender in the summer of 1942, a major naval undertaking was being put in train to enable Malta to survive. The suspension of Arctic convoys until the shortening days of autumn released a number of warships from the British Home Fleet for service in support of Operation Pedestal.
On June 18, 1942, British Prime Minister Winston Churchill was in Washington, where the chiefs-of-staff cabled him, urging him to request the loan of the tanker SS Ohio, on the same basis as SS Kentucky. Also requested from the American administration were two other merchant ships, Santa Elisa and Almeria Lykes. The remaining merchant ships were British and all of them were armed with anti-aircraft guns. A large escorting force was assembled to protect the convoy, comprising two main groups of ships, Forces Z and X.
The overall operational commander was Vice-Admiral E.N. Syfret. The convoy was codenamed WS.5.21.S. Just prior to sailing, Rear-Admiral Burrough met with the Convoy Commodore A.G. Venables, and the masters of the individual merchant ships on board his flagship.
The convoy entered the Mediterranean on the night of August 10, 1942. Its codename became Operation Pedestal. Protecting the vessels, the Royal Navy had the three aircraft carriers HMS Eagle, HMS Victorious and HMS Indomitable, the battleships HMS Nelson and HMS Rodney, besides seven cruisers, 32 destroyers, eight submarines and other units. 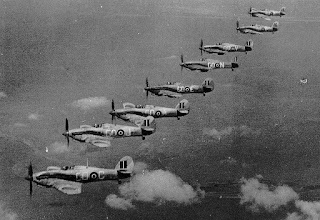