Ship of The Week – STORD

DOF Rederi, a subsidiary of Norwegian shipping company DOF, has sold and delivered its anchor handling tug and supply (AHTS) vessel SKANDI STORD to Raj Shipping Agencies Ltd, India in October 2016.
This is the company’s second vessel sale in quick succession after it sold the 2009-built subsea equipment support vessel (SESV), the SKANDI SANTOS, in September 2016.
The SKANDI STORD is a flexible DP-II AHTS. Vessel features include mud and cement capacities in addition to oil recovery capabilities. The vessel is equipped primarily to set anchors for drilling rigs, tow mobile rigs, and position offshore equipment.
It is of a KMAR 404 design built in 1999 with class II firefighting capabilities and has been in lay-up since June 2016.
She was renamed STORD for delivery by Redwise Maritime of which she entered Valletta, Malta on 20th November 2016 for a bunker/stores call before heading back to India of which now she’s named as OFFSHORE ENERGY flying IND flag. 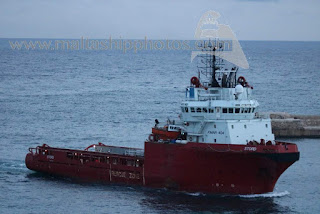 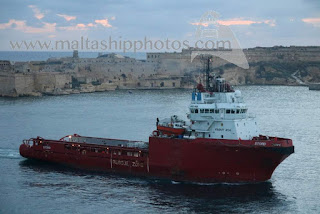 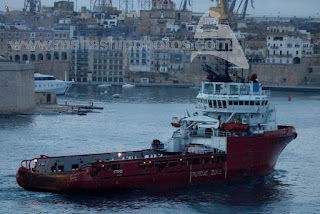