MSF, Save the Children and Germany’s Sea Eye  have suspended migrant rescues operations in the Mediterranean because of the increasingly hostile stance of the Libyan authorities and coastguard.
Save the Children and Germany’s Sea Eye have joined Medecins sans Frontieres (MSF) in halting operations because they feel their crews can no longer work safely in what SEA EYE called a “changed security situation in the western Mediterranean”.
Libya has asserted its right to operate well beyond the territorial limit of 12 nautical miles, defending the move as necessary in order to control the rescue operations. Coastguard ships have repeatedly clashed with NGO vessels on the edge of Libyan waters, sometimes opening fire.
The crew of the rescue ship GOLFO AZZURRO belonging to the Spanish aid group Proactiva Open Arms reported last week that the Libyan coastguard had fired warning shots while the vessel was in international waters. The Libyan coastguard told the ship not to come “or we will shoot you”, the charity said. 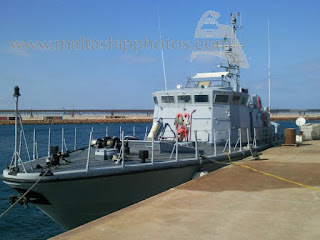 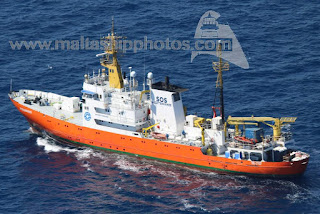 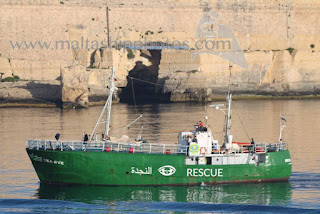 Image of Rescue Vessel SEA-EYE built in 1958 entering Valletta, Malta back to 4th May, 2017 – www.maltashipphotos.com 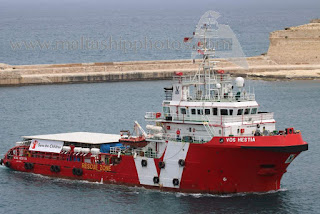 Image of Save The Children Rescue Vessel VOS HESTIA with IMO 9529061 entering Valletta, Malta back to 11th May, 2017 – www.maltashipphotos.com