An Open Arms Rescue vessel, the Panamian Flag GOLFO AZZURRO carrying three rescued persons has been left stranded in international waters after Italy seems to have denied it entry to its ports, citing breach of a new Code of Conduct for Search-and-Rescue NGOs introduced last week.
Golfo Azzurro was last seen in Bouri Field Area, Libya of which she headed to Lampedusa, which was the nearest port of call, but was refused entry by the Italian authorities.
Sources said that the Maltese government is adamnant that Italy needs to take the rescued persons in since Lampedusa was the nearest port of call to where they were saved by the NGO. Moreover, Italy had been in contact with the vessel during the rescue.
The vessel, Golfo Azzurro that is run by the Spanish NGO Proactiva Open Arms approached Maltese waters because some of its crew members were in possession of tickets for flights departing from Malta of which SEA EXPRESS III did the conveyance service.
There is as of yet no decision on where the migrants, who were reportedly picked up just off the Libyan coast, will be disembarked. Rescued migrants are usually taken to Sicily. 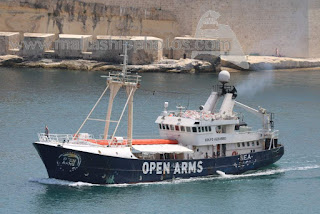 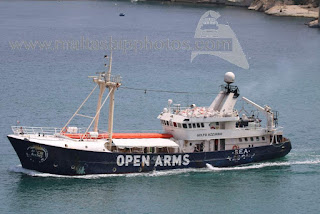 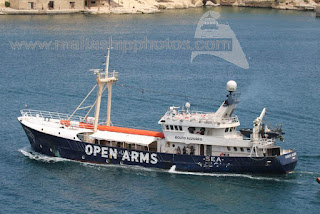 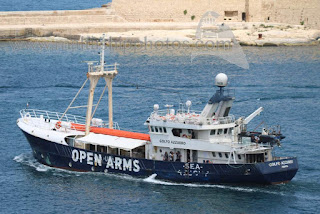 Images of GOLFO AZZURRO with IMO as 8505721 leaving Valletta, Malta back to 28th June 2017 wearing OPEN ARMS Livery not as reported by local media when she was wearing the Boat Refugee Foundation Livery – www.maltashipphotos.com 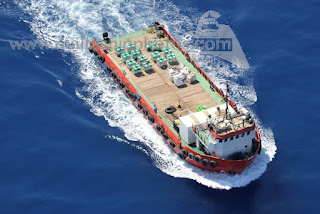 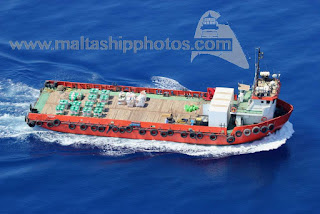 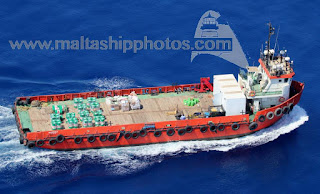