USNS BIG HORN T-AO-198 is a Henry J. Kaiser Class Fleet Replenishment Oiler of the United States Navy.
Big Horn, the twelfth ship of the Henry J. Kaiser class, was laid down at Avondale Shipyard, Inc., at New Orleans, Louisiana, on 9th October 1989 and launched on 2nd February 1991. She entered non-commissioned U.S. Navy service under the control of the Military Sealift Cpmmand (MSC) with a primarily civilian crew on 21 May 1992. She serves in the United States Atlantic Fleet.
She was assisted by tugs ILAN (Port Bow) and ARIEL (Port Quarter). She was turned around and pushed to berth at the head of Carmel Pier. 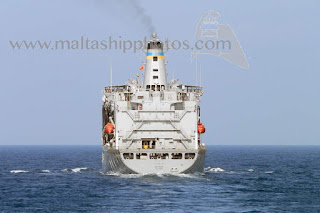 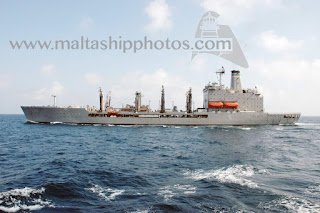 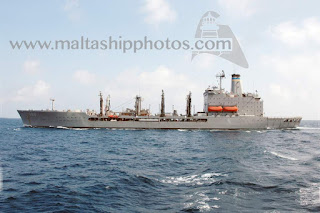 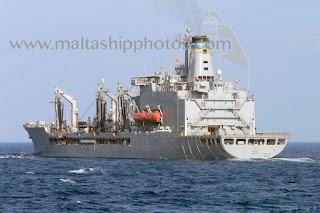