CMA CGM is rumored to be on verge of placing a massive order for the construction of up to nine 22,000 TEU containerships, which if built would be the largest in the world.
According to several reports, South Korea’s Hyundai Heavy Industries is competing with a shipyard in China for the contract to build the ships. Reports say the order, which could finalized in the new few weeks, will consist of six 22,000 TEU newbuildings with options for three additional vessels.
CMA CGM is not responding to request for comments about the rumors, but it is also not denying them. 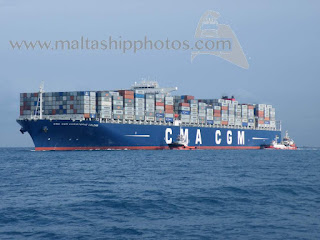