Italian authorities on Wednesday impounded a German NGO’s migrant rescue boat on suspicion of facilitating illegal immigration, police said.
The IUVENTA, operated by the Jugend Rettet organisation, was “preventatively” detained on the Italian island of Lampedusa on the orders of Ambrogio Cartosio, chief prosecutor in the western Sicilian city of Trapani, the state police force said in a statement.
“Enquiries begun in October 2016, and conducted with the use of sophisticated techniques and investigative technology, have produced circumstantial evidence of the rescue vessel IUVENTA  being used for activities facilitating illegal immigration,” the statement said.
More details were to be provided at an afternoon press conference.
Video showed the IUVENTA which is run by Jugend Rettet, arriving at the island of Lampedusa surrounded by several coastguard vessels after she was stopped at sea before dawn.
Police inspected the ship as soon as she docked and checked the crew passports. They later took charge of the boat and set sail for a larger port in Sicily.
The detaining of the IUVENTA came as Italy began enforcing a controversial code of conduct for charity boats rescuing migrants in the Mediterranean.
Jugend Rette was among six of nine NGO’s operating search-and-rescue activities in waters off Libya to reject the new rules. Italian authorities say they are necessary to ensure the boats are not effectively encouraging migrants to embark on the perilous crossing.
The NGOs have particularly objected to a requirement to allow an Italian police official to travel on each boat and a ban on moving rescued migrants from one aid vessel to another while still at sea, which they say could result in avoidable deaths.
Some 600,000 mostly African migrants have arrived in Italy from Libya since the start of 2014, putting the country’s reception facilities under strain and the centre-left government under pressure over the crisis.
Just over a third of those rescued this year have been saved by NGO boats, up from around a quarter last year. 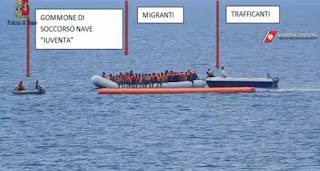 Photo released by Italian police shows a dinghy of IUVENTA helping human traffickers to ferry illegal immigrants to EuropeThe dinghy full of illegal immigrants doesn’t even have a motor , the boat with the 4 traffickers aboard towed it out to the spot where the dinghy with 2 members of the NGO ferry service Jugend Rettet is waiting to tow them to the IUVENTA ship and ferry them to Europe.
Arrival of IUVENTA at Lampedusa – http://stream24.ilsole24ore.com/video/notizie/l-arrivo-e-perquisizione-nave-iuventa-porto-lampedusa/AECTIE8B?refresh_ce=1 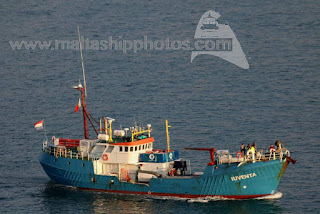 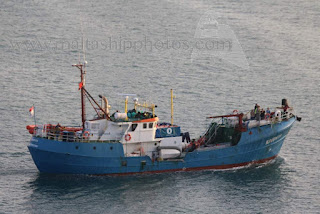 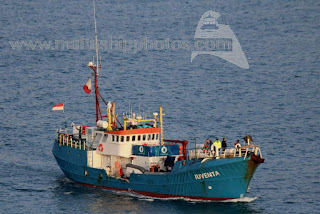 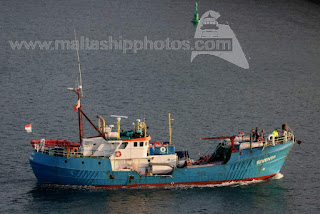 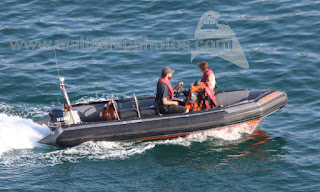