Italian Navy Sail Training Ship ITS PALINURO A 5311 at Malta.

ITS PALINURO A 5311 an Italian Navy three masted iron hull barquentine sail training ship entered Valletta, Malta on Tuesday 1st August, 2017 at 0743 hrs under the command of Commander Giuseppe Valentini during a 5 day visit of which she will be open to the public until Friday 4th August whilst she’s berthed at Pinto 3 Wharf.
Built in 1934 at the shipyard Anciens Chantiers Dubigon at Nantes, France by the order of Joseph Briand (together with her sister ship LIEUTENANT RENE GUILLON) and named her as COMMANDANT LOUIS RICHARD of which the ship was intended to be as a barquentine. However the building costs of both ships ruined the original customer even before the ships were finished. The new owner Pecheries du Labrador from Saint Malo that is a  walled port city in Brittany in northwestern France on the English Channel finished the ships as schooner  to be used for cod fishing.
In 1948 COMMANDANT LOUIS RICHARD was bought by shipowner Bonin from Noirmoutier-en-IIe, changed to a barquentine and renamed JEAN MARC ALINE to be used for fishing in the Southern Indian Ocean. Eventually this activity became unprofitable, thus the ship was set for sale.
In 1951 the Italian Navy was looking for a replacement for the CRISTOFORO COLOMBO which was passed to the Soviet Union which was renamed as DUNAY, bought the vessel and renamed her PALINURO. After a complete refit the ship was commissioned in the navy on the 16th July 1955.
This is her second time at Valletta with the first call on 15th July,2004. 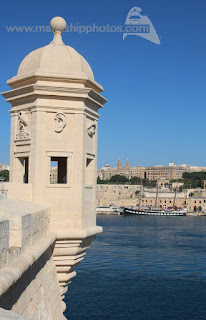 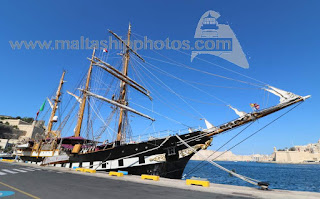 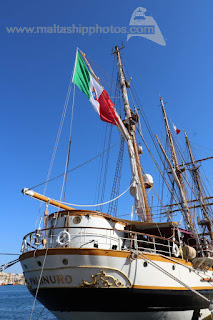 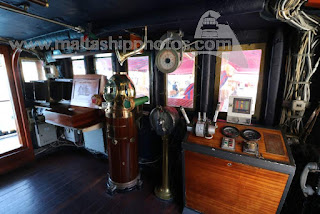 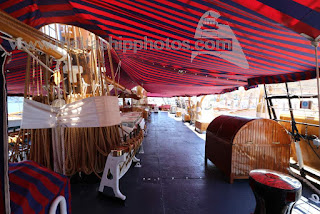 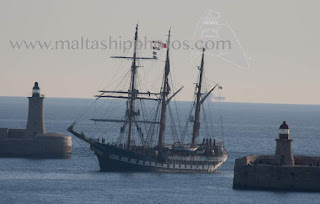 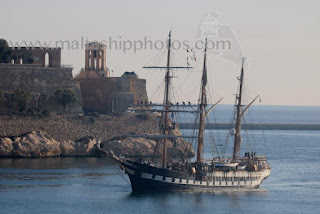 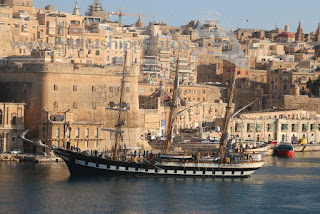 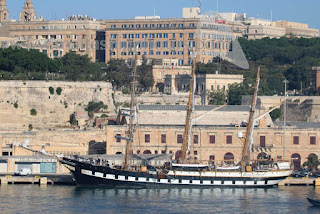 Images of ITS PALINURO A 5311 at Valletta, Malta on Tuesday 1st August, 2017 – www.maltashipphotos.com