As a Soviet Navy Icebreaker she spent for more than three months swinging at anchor in Los Angeles Harbor,USA two-thirds of the crew of the disabled Russian tugboat GIGANT finally left for home in August 1993, leaving a skeleton crew to watch over the ship as it undergoes repairs in Long Beach. The sixteen departing Russian sailors, including two female crew members, boarded an Air France flight from Los Angeles International Airport on Thursday night, bound for the Russian city of St.Petersburg via Paris, said a spokesman for Transmarine Navigation Co. of Long Beach, the ship’s agent. The GIGANT’s home port is Murmansk, north of St. Petersburg above the Arctic Circle.

“They appreciated all the hospitality,” said Joe Beason, a Long Beach attorney who befriended the Russian sailors. “But they kept saying, ‘It’s nice here, but it doesn’t compare to home.’ “
The 225-foot GIGANT was towed into L.A. Harbor April 22 after it developed engine trouble during a transpacific voyage. Delays in getting money to fix the ship from the Russian owners, a company called SEVRYBHOLOTFLOT left the crew stranded with their supplies running low.
After a group of American boaters made contact with the Russian crew and publicized their plight, however, the crew members were barraged with gifts of food, cash and other items. They were also treated to a number of American barbecues.
The ship finally was towed to Berth 31 in Long Beach on July 19 to undergo repairs after the owners provided the money to pay for the work.
Nowadays the yacht went for refurbishment again and renamed LEGEND with imo as 7367835. 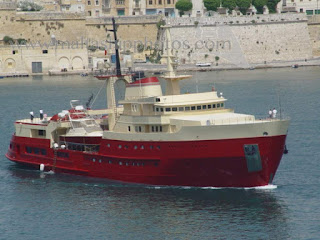 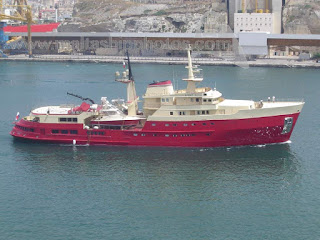 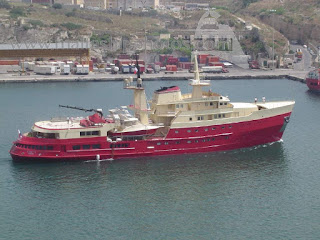 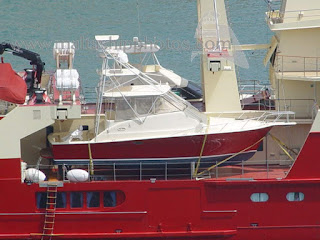