Service operated by three of the world’s largest shipping lines

Malta Freeport Terminals has added a new weekly service to its thriving operations which links major ports in India, Pakistan, Eastern Mediterranean and the Arabian Gulf.
The service, known as ‘IndaMed’, is operated by three of the world’s largest shipping lines: CMA CGM, APL and COSCO Shipping.
The first vessel to service this route – the CMA CGM Virginia which can carry up to 5,100 container units (TEUs) – called at the Malta Freeport in recent days.
Malta Freeport Terminals CEO Alex Montebello said: “This new service has further strengthened Malta Freeport’s global connection network as it means we now offer efficient links with 117 ports worldwide.
“This is not just positive news for the Freeport. It also benefits local and foreign importers and exporters who have unprecedented opportunities to meet their commercial requirements and tap new markets.”
Since it was set up in 1988, Malta Freeport has established itself as a major transshipment hub in the Mediterranean.
Last year alone, the Freeport handled over three million containers and is continuously investing in new equipment and technologies in its drive to serve as a leading strategic platform for global shipping lines.
Already able to receive the world’s largest container vessels thanks to significant investment at the terminal, the Freeport intends to continue upgrading its facilities with the aim of increasing capacity to 4.5 million container movements in the coming years. 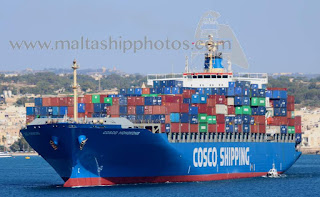