Between Sunday 23rd and Tuesday 26th July 2017 the newest Turkish navy Ship TCG BAYRAKTAR L 402 under the command of Captain Halil Kepecioglu paid a courtesy visit to Malta berthing at Pinto 3 Wharf.
TCG BAYRAKTAR L 402, the first of two Turkish tank landing ships (LSTs) on order from the country’s Adik shipyard, was delivered to the Turkish Naval Forces Command (TNFC) on 22 April
Local industry participation in the construction of the 140 m-long ship was 70.68%, including a 48% contribution by small and medium-size enterprises, according to a statement released by the Turkish Defence Industries Undersecretariat (SSM) on 22 April.
As well as offering ballistic protection for its crew, TCG BAYRAKTAR L 402 also features full nuclear/biological/chemical protection measures.
The ship has a platform that can accept a 15-tonne general-purpose helicopter and can accommodate four landing craft, vehicle, personnel (LCVPs) that can travel at 20+ kt and each carry an 8-tonne payload or 40 personnel. 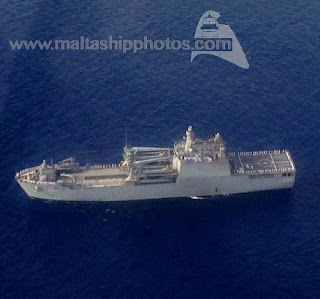 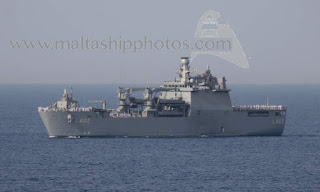 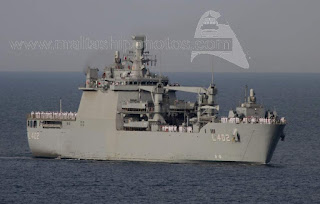 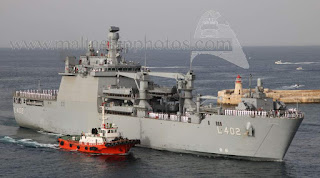 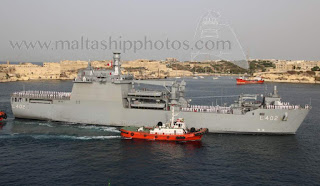 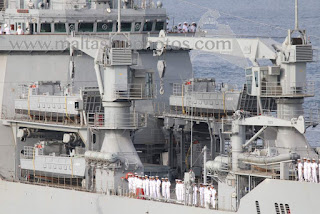